SUBSCRIBE, LIKE & COMMENT:
Robert Morningstar is back with us. In the first half of the program Robert shared some updates on his JFK Assassination research. He also talked about a new YouTube documentary about the JFK Assassination titled, “JFK to 911 Everything Is A Rich Man's Trick.”
Not only did Robert give the documentary a glowing review, but he told us that some of his research material is part of the presentation.
To watch the documentary, go to this YouTube page.
In the second part of the program, Robert told us about two UFO experiences he had while flying a small plane. Robert has his pilot’s license and is an experienced flyer. His first story is a strange one and certainly fits the description of a UFO. You can see the illustration of what Robert saw, here: 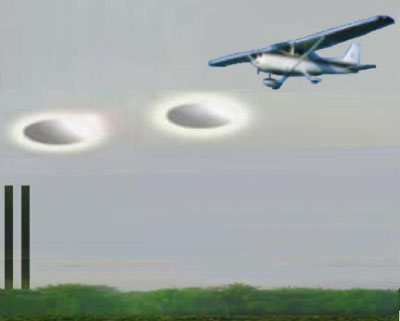 The second story Robert shared was unfortunately cut short, as we ran out of time. In a follow up call with Robert, he told me that most likely he had a close encounter with a good-sized meteorite. Seeing meteorites from afar is one thing, being up close as one goes by is a TOTALLY other experience.
You can follow Robert’s work here…
http://www.UFODigest.com
You can enjoy Robert’s previous visits by accessing his Playlist on the Far Out Radio YouTube channel. Subscribe and Like.
And follow Robert on Facebook, here… https://www.facebook.com/robert.morningstar.12
Subscribe to our YouTube Channel so that you can keep up with our latest shows.
Visit us at… http://www.FarOutRadio.com/
Thanks for listening!
Robert Morningstar
UFODigest.com
Robert Morningstar
Zapruder Film
Lee Harvey Oswald
Officer J.D. Tippit
John F. Kennedy
Rich Man’s Trick
UFO Encounters
Meteorite sighting
Scott Teeters
Far Out Radio
Rense Radio Network
Scott Teeters, host of Far Out Radio interviews conspiracy scientist, Robert Morningstar