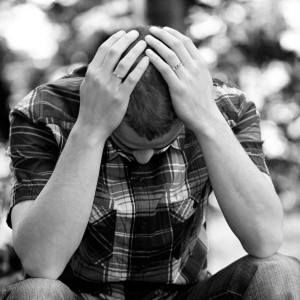 If you make more than $27,520 a year at your job, you are doing better than half the country is.  But you don't have to take my word for it, you can check out the latest wage statistics from the Social Security administration right here.  But of course $27,520 a year will not allow you to live "the American Dream" in this day and age.  After taxes, that breaks down to a good bit less than $2,000 a month.

You can't realistically pay a mortgage, make a car payment, afford health insurance and provide food, clothing and everything else your family needs for that much money.  That is one of the reasons why both parents are working in most families today.  In fact, sometimes both parents are working multiple jobs in a desperate attempt to make ends meet.  Over the years, the cost of living has risen steadily but our paychecks have not.

This has resulted in a steady erosion of the middle class.  Once upon a time, most American families could afford a nice home, a couple of cars and a nice vacation every year.  When I was growing up, it seemed like almost everyone was middle class.  But now "the American Dream" is out of reach for more Americans than ever, and the middle class is dying right in front of our eyes.

One of the things that was great about America in the post-World War II era was that we developed a large, thriving middle class.  Until recent times, it always seemed like there were plenty of good jobs for people that were willing to be responsible and work hard.  That was one of the big reasons why people wanted to come here from all over the world.  They wanted to have a chance to live "the American Dream" too.

But now the American Dream is becoming a mirage for most people.  No matter how hard they try, they just can't seem to achieve it.

And here are some hard numbers to back that assertion up.  The following are 15 more signs that the middle class is dying…

#1 According to a brand new CNN poll, 59 percent of Americans believe that it has become impossible for most people to achieve the American Dream…

The American Dream is impossible to achieve in this country.

So say nearly 6 in 10 people who responded to CNNMoney's American Dream Poll, conducted by ORC International. They feel the dream — however they define it — is out of reach.

Young adults, age 18 to 34, are most likely to feel the dream is unattainable, with 63% saying it's impossible. This age group has suffered in the wake of the Great Recession, finding it hard to get good jobs.

The great American Dream is dying. Even though many Americans still desire to own a home, they are losing faith in homeownership as a key to prosperity.

Nearly two-thirds of Americans, or 64%, believe they are less likely to build wealth by buying a home today than they were 20 or 30 years ago, according to a survey sponsored by non-profit MacArthur Foundation. And nearly 43% said buying a home is no longer a good long-term investment.

#3 Overall, the rate of homeownership in the United States has fallen for eight years in a row, and it has now dropped to the lowest level in 19 years.

"Over half of Americans (52%) have had to make at least one major sacrifice in order to cover their rent or mortgage over the last three years, according to the “How Housing Matters Survey,” which was commissioned by the nonprofit John D. and Catherine T. MacArthur Foundation and carried out by Hart Research Associates. These sacrifices include getting a second job, deferring saving for retirement, cutting back on health care, running up credit card debt, or even moving to a less safe neighborhood or one with worse schools."

#5 According to the U.S. Census Bureau, only 36 percent of Americans under the age of 35 own a home.  That is the lowest level that has ever been measured.

#6 Right now, approximately one out of every six men in the United States that are in their prime working years (25 to 54) do not have a job.

#7 The labor force participation rate for Americans from the age of 25 to the age of 29 has fallen to an all-time record low.

#8 The number of working age Americans that are not employed has increased by 27 million since the year 2000.

#9 According to the government's own numbers, about 20 percent of the families in the entire country do not have a single member that is employed at this point.

#10 This may sound crazy, but 25 percent of all American adults do not even have a single penny saved up for retirement.

#11 As I noted in one recent article, total consumer credit in the United States has increased by 22 percent over the past three years, and 56 percent of all Americans have "subprime credit" at this point.

#12 Major retailers are shutting down stores at the fastest pace that we have seen since the collapse of Lehman Brothers.

#13 It is hard to believe, but more than one out of every five children in the United States is living in poverty in 2014.

#14 According to one recent report, there are 49 million Americans that are dealing with food insecurity right now.

Sadly, it does not appear that there is much hope on the horizon for the middle class.  More good jobs are being shipped out of the country and are being lost to technology every single day, and our politicians seem convinced that "business as usual" is the right course of action for our nation.

Unless something dramatic happens, it is going to become increasingly difficult to eke out a middle class existence as a "worker bee" in American society.  The truth is that most big companies these days do not have any loyalty to their workers and really do not care what ends up happening to them.

To thrive in this kind of environment, new and different thinking is required.  The paradigm of "go to college, get a job, stay loyal and retire after 30 years" has been shattered.  The business world is more unstable now than it has been during any point in the post-World War II era, and we are all going to have to adjust.

Michael Snyder is a writer, speaker and activist who writes and edits his own blogs The American Dream and Economic Collapse Blog. He is a featured columnist and guest on FarOutRadio  as well. Follow him on Twitter here.