2.11.13 How To Respond To An Anti-Conspiracy Theorist, a talk with Mike King

When it comes to what mainstream media feeds us, we are supposed to accept what we’re told, don’t think, don’t question, and just believe—OR NOT. 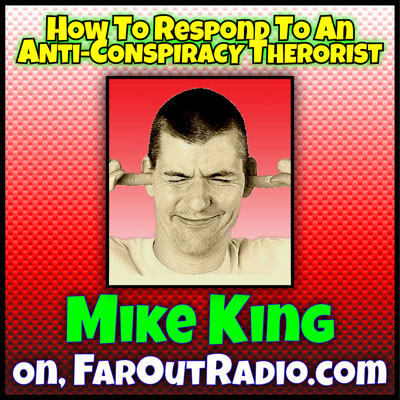 Our guest is independent historian Mike King, owner of the very informative and thought provoking website, TomatoBubble.com. Mike has a passion for history, but he learned a long time ago that “history is written by the victors.” Being an independent historian is NOT an easy task. One has to be willing to look for alternative sources, read a lot of material, discern, and draw your own conclusions – even though that may be difficult.

Along the way, one is likely to come across a lot of material that flies in the face of conventional knowledge. A common experience for independent researchers and thinkers is dealing with the inevitable, knee-jerk reaction by many, that boils down to some version of, “Oh, that’s just CONSPIRACY THEORY.”

This has become the popular response of our time to anything that’s outside the parameters of the media’s “official government sources have indicated that…” story line of reality we’re all supposed to accept. Even though the official stories often change and contradict each another, as we saw during the Sandy Hook shootings last December, we’re supposed to just accept what we’re told, don’t think, don’t question, and just believe.

Mike King is a “thinker” type of a person with a life long interest in distant and recent history, as well as current events. Of course, today’s current events will one day be history and eventually distant history. So, keeping an open mind, thinking, discerning, and questioning takes genuine bravery. It also requires the mental strength to withstand the modern populist “conspiracy theory” accusation that’s all too common today. 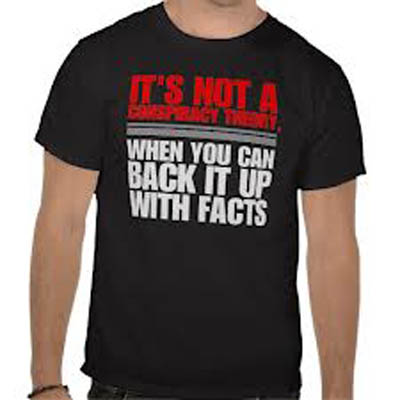 Mike King and Scott Teeters present a dialogue version of Mike's brilliant essay, “How To Respond To An Anti-Conspiracy Theorist.” Obviously, Mike has had to deal with this issue and has come up with 16 typical “Oh, that’s just conspiracy theory” statements, and some interesting and rather pointed responses. Listen in for the fun.

Jeff Rense has included Mike’s essay in his “Required Reading” box at Rense.com. You can read Mike’s full essay HERE.

For more insights about history you don't learn in the history books, enjoy Mike King's website.

Thank you for listening!