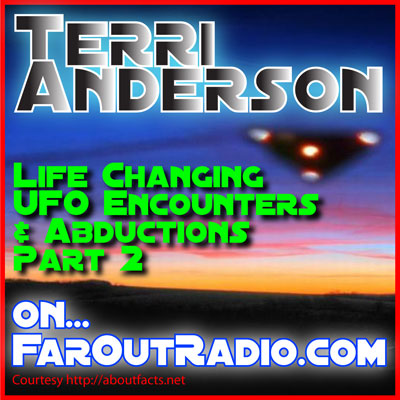 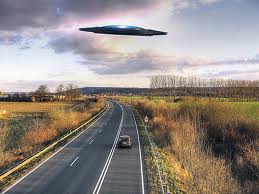 While the details of Terri’s accounts differ from those of others, there are indeed similarities, as detailed by famous UFO abductees and authors, Jim Sparks, Whitley Striebler, and others. Terri will share with us her initial conscious experience “on board,” how it impacted her life, and how she researched the experience. 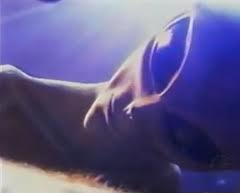 Like many abductees, she first thought she was “going crazy.” But after extensive psychological testing by one of UFO/abductee researcher John Mack’s associate Fowler Jones, it was made clear to her that this was not as issue of her sanity.

While today she is totally okay with talking about her experiences, there was a time when she was NOT okay. 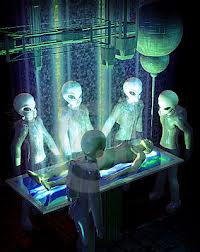