4/13/15 Dark Side of Chemtrails with Mark McCandlish

This program, aerospace technical illustrator and artist, Mark McCandlish is back with us. You know, when you are a technical illustrator, you “draw how things work.” But first you have to have a curious mind. And what often happens with most of the technical illustrators I’ve known, they tend to be interested in LOTS of things.
The topic of CHEMTRAILS isn’t all that removed from aerospace because, well, the chemtrails aren’t coming from electric cars are they? This has been going on now for almost 20 years now – maybe longer – and it’s to the point where almost no one even notices. If you point it out, most people just say, “Oh…” or, “What???” Or my favorite, “Oh, those are VAPOR TRAILS!”
REALLY?!? Since when did vapor trails form a chalk line in the sky that stretches from horizon to horizon??? Then blurs out into a grayish thin cloud. When did that start? I didn’t get a memo, did you?
No, it’s a chemical trail, or a chemtrail.
We know what the chemicals are, it’s mostly aluminum and barium, with some other exotic stuff thrown in. Many people had exhaustively researched this and had samples of residue lab tested.
The aerosol spraying of particulates is part of a big science project called, Geo Engineering. It’s not a secret or a conspiracy theory. The information is out there. Filmmaker Michael Murphy has produced two EXCELLENT films on the topic. The first is, “What In The World Are They Spraying” which examines the “what is that stuff?” question.
The second film is titled, “Why In The World Are They Spraying?” The “Why?” question is amazing at several levels. It turns out that there are LOTS of reasons. And it opens up another way of looking into “How the World works” in that we tend to think, “One problem, one cause, one solution.” When it fact, it is usually a many fasceted, three dimensional thing that needs to be looked at from many perspectives.
And as a very wise man told me a long time ago, “Perspective adds wisdom to any given situation.”
Well, given Mark McCandlish’s curious mind, it was not surpring when he told me that he’s got some new insights on chemtrails. So we really dissect what is going on iun this interview.
Reference websites:
http://www.FarOutRadio.com
http://www.MarkMcCandlish.com
https://www.facebook.com/FarOutRadio
https://twitter.com/faroutradio 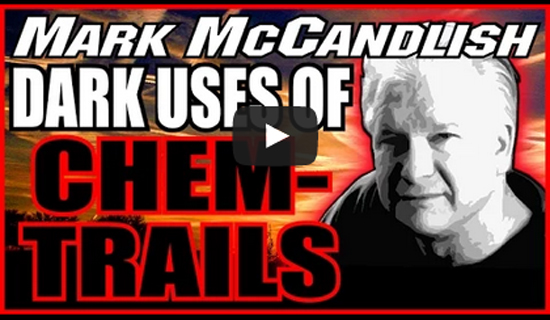