Everyone knows that Columbus discovered America, right? That may well have been what we were all taught in school, but nothing could be further from the truth. The evidence is overwhelming that there not only was a thriving civilization in North America when the Europeans arrived, but there had been peoples here long before even the natives of Columbus’ time were here. 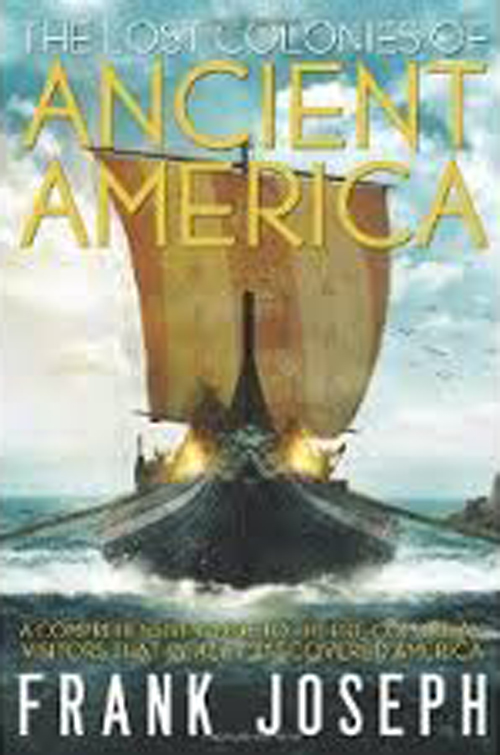 “Official” history does not want to consider these important questions: The Vikings were some of the most fearless warriors and sailors of all time. But they never bothered to come to North America. Were they scared? How is it that ancient Egyptian artifacts were found deep in the ground by Tennessee Valley Authority workers in 1935? In 600 BC the Phoenicians circumnavigated Africa, but they never went any farther? In northern Egypt there was a civilization thousands of years before Christ that knew how to build the pyramids (something we today can’t do), but they never sailed the world?

These kinds of questions and more are covered in Frank Joseph’s book, “Lost Colonies of Ancient America.” These and other questions are explored in this program on Far Out Radio with our special guest, Frank Joseph.

Frank Joseph's, The Lost Colonies of Ancient America: A Comprehensive Guide to the Pre-Columbian Visitors Who Really Discovered America may be viewed and purchased on Amazon, HERE.

Frank Joseph is the author of twenty books about prehistory re-published in as many foreign languages, including "The Atlantis Encyclopedia", "Opening the Ark of the Covenant", and "Unearthing Ancient America". He was the editor-in-chief of "Ancient American" magazine since its debut in 1993 and now works as a correspondent for the magazine. Frank Joseph also writes on American History as well and is a frequent guest speaker at various metaphysical and archaeological societies in the U.S. and abroad.