Author & researcher, Tim Swartz talks about the strange story of Zena, The Wild Woman of Russia, on Far Out Radio with Scott Teeters. Tim Swartz was back with us this evening. Tim’s our resident researcher of all things strange & unusual, bizarre & over-the-top  – terrestrial, & extraterrestrial, inner-dimensional, things from the past, present & future, and things that go BUMP in the night & GRRR under your bed… IS with us this evening!
There’s an old story that’s been getting some well deserved new attention since the end of 2014 when Dr. Melba Ketchum was on Coast to Coast AM with George Knapp. Dr. Melba was talking about her fascinating Bigfoot DNA research that has some in the Bigfoot community madder that disturbed hornets. Dr. Ketchum’s position is that based on the DNA testing done on tissue samples that she has acquired that they are NOT of any known animal in the DNA database. The conclusion of the samples is that they are MOSTLY but not COMPLETELY, human!
Whatever is it, it’s not an ape or bear, and it’s NOT completely human – which is downright spooky/creepy.
So, is the seemingly shy, elusive, woods creature a Neanderthal?
It is a leftover from the ancient Anunnaki DNA/hybrid experimentation accounts as explained in the work of Zachariah Stitchen? We just don’t know.
Well, we’re not here this evening to SPECIFICALLY talk about all that, but rather a very Far Out sub-story that IS connected to this alternative Bigfoot story and that is The legend of Zana the Wild Woman of Russia and her son Khwitt that goes back to the mid 1800s in the southern Caucasus mountains in Russia.
Zana died in the early1890s and her remains are unknown, but the remains one of her children, Khwitt’s ARE known of and have been DNA tested with some surprising, interesting results.
It is an intriguing story and while we might get some of the details wrong, the general direction of the story shows us that we still do NOT know the full story of the human experience on this planet.
You can enjoy Tim Swartz’s previous visits on Far Out Radio here… https://www.youtube.com/playlist?list=PLdLEP2ybFV12aM00hTls-7pXeZVwfx0GS
Thanks for listening.
Related Websites:
http://www.FarOutRadio.com
http://www.ConspiracyJournal.com
https://www.facebook.com/trswartz?ref=br_rs
http://www. TheOuterEdgeRadio.com
https://www.facebook.com/FarOutRadio
https://twitter.com/faroutradio 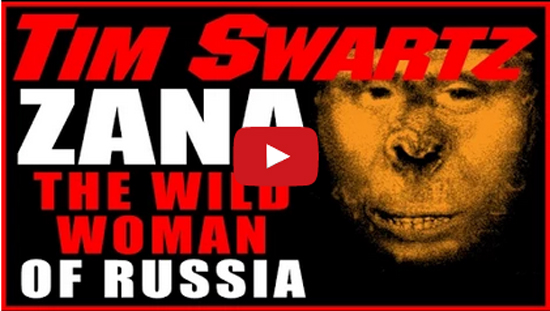