Author & metaphysical teacher, Bob Frissell talks about “life after” the Great Pyramid Egyptian Mystery School on Far Out Radio with Scott Teeters. What Did The Initiates Do After Being One With Everything?
Yes, Bob Frissell is back with us this evening. This is Bob’s 16th visit with us and   its always a MIND-BENDING hour when Bob’s here . Last August Bob and I started a conversation about the Ancient Egyptian Mystery Schools. And tonight we’ll be concluding our conversation about what that mysterious pile of rocks was used for. Hint-Hint… SPOILED ALERT!!! It wasn’t for burying dead kings. AHHH… NO.
There is a saying that gets bantered about the metaphysical community concerning what one’s life is like, after one has tapped into eternal truth and wisdom – or at least had a glimpse of such understandings. The saying is attributed to the Zen Masters and it goes…
Before enlightenment, there is chopping wood and carrying water.
And after enlightenment, there is chopping wood and carrying water.
So, what are we to make of that statement? If you are working at a big-box store stocking shelves, and you become enlightened (even perhaps just a little)does it mean that you’ll just be an enlightened shelf stocker? Of course, there’s nothing wrong with that.
Or, will you be a powerless, “No, I’m just a…” fill in the blank.
Jon Rappoport calls that, NIJA People – “No, I’m Just A….”
Or, will you be a light that helps light other lights?
Bob and I have spent a lot of time talking about the Initiation of the Great Pyramid and the 24 years of training in the Egyptian Mystery Schools and how the finial initiation gives you the opportunity to become one with all, to merge into all of everything, and have not just an “understanding” of Cosmic Consciousness, but an EXPERIENTIAL understanding of Cosmic Consciousness.
The impacts on the initiate, are beyond profound, and according to Thoth, at least 300 individuals became Immortal. But what does that really mean? How can we wrap our minds around and comprehend “Immortality” from the perspective of at the most, living maybe a decade more than 100 years?
And what of GROUP CONSCIOUSNESS where all thoughts, understandings, emotions, and feeling are experienced together as One – not unlike “The Q” in Star Trek.
Well, that is A LOT. We will do our best to try to point you in the direction of Cosmic understanding. I told you we were going FAR OUT.  BRACE YOURSELF!
Bob Frissell's book "Nothing In This Book Is True, But It's Exactly How Things Are" is a metaphysical classic!
Subscribe to our YouTube Channel so that you can keep up with our latest shows.
Visit us at… http://www.FarOutRadio.com/
Thanks for listening!
Reference websites:
http://www.FarOutRadio.com
https://www.facebook.com/FarOutRadio
https://twitter.com/faroutradio
http://www.BobFrissell.com
https://www.facebook.com/bob.frissell?fref=ts
Bob Frissell’s Far Out Radio YouTube Playlist – https://www.youtube.com/playlist?list=PLdLEP2ybFV11ADa_7YkhB3JK80euJCgQF 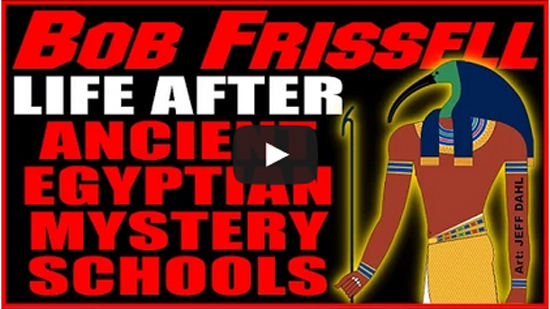