Tim Swartz was back with us this program. Tim’s our resident researcher of all things strange & unusual, bizarre & over-the-top – terrestrial, & extraterrestrial, inner-dimensional, things from the past, present & future, and things that go BUMP in the night.

At the UFO Conference in Mexico City on May 5, 2015, presenters promised "smoking gun photographic evidence" of one of the dead ETs from the 1947 Roswell crash. It was quickly discovered in the days that followed that what the two slides presented was actually the mummified remains of an Indian boy that was on display in a San Francisco museum. Yes, the pictures were creepy, but they weren't "ETs."

"Hoaxes" are nothing new. The attendees at the conference paid $100 per seat and the live streaming on the internet cost $20. So, someone had a nice payday! Unfortunately, things such as this seriously detract from legitimate research and should be shunned. Tim and I also talked about the faked 1995 "Alien Autopsy" as well as a few other famous hoaxes.

As Waylon Jennings sang in his song "I've Always Been Crazy," … "Be careful of something that's just what you want it to be." 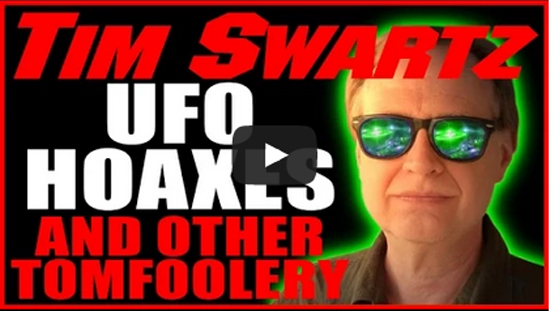