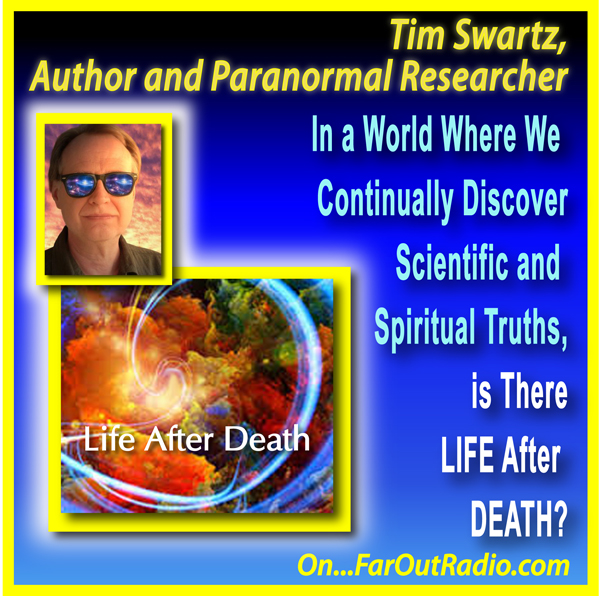 Is There Life After Death?
And If There is, What Does That "Mean" For All The Living Creatures On This Planet?

A favorite regular guest here at FarOutRadio with Scott Teeters is Tim  Swartz. Tim is an investigator into all things paranormal and has had a lifelong fascination with the question, "What really happens after we die?". Tim and host Scott Teeters explore this question with evidence and facts that go beyond the everyday cultural explanations that are passed down from generation to generation. Are we really eternal souls that have chosen to live this mortal existence? Are we the only living sentient beings that think about life after death? These and many other questions not asked on mainstream media are explored.  Don't miss this interview!!

Enjoy this Heaven is For Real Movie trailer.
Something to Think About Beyond the Ordinary.