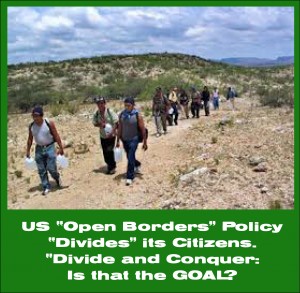 We are honored to have as our guest for the first time, Jon Rappoport. Jon is a veteran journalist, an investigative reporter, author, and political activist. Recently Jon was a presenter at the Secret Space Program and Breakaway Civilization Conference in San Mateo, California.

This program, Jon  talks about his conference presentation, his views on modern psychology, and his latest article about unlimited immigration – the illegal alien (human aliens) invasion that is taking place right now along America’s southern borders. (read Jon’s article HERE)  Jon has a provocative and insightful perspective on this situation and how it is being “SOLD” to the American people via the mainstream, mass media, brainwashing complex.

Do not miss this interview!

Jon is a FarOutRadio Featured Columnist and frequent guest on FarOutRadio with Scott Teeters. The author of three explosive collections, THE MATRIX REVEALED, EXIT FROM THE MATRIX, and POWER OUTSIDE THE MATRIX, Jon was a candidate for a US Congressional seat in the 29th District of California. He maintains a consulting practice for private clients, the purpose of which is the expansion of personal creative power. Nominated for a Pulitzer Prize, he has worked as an investigative reporter for 30 years, writing articles on politics, medicine, and health for CBS Healthwatch, LA Weekly, Spin Magazine, Stern, and other newspapers and magazines in the US and Europe. Jon has delivered lectures and seminars on global politics, health, logic, and creative power to audiences around the world. You can sign up for his free emails at www.nomorefakenews.com

On the Rense Radio Network.

Related Article to this interview: