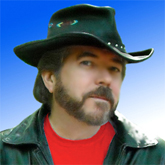 Far Out Radio:
A Free Thinking Zone full of Far Out Interviews and Topics.

“…only a few people are awake and they live in a state of constant, total amazement.”

Hi, this is Scott Teeters, host of Far Out Radio as featured on Youtube. The channel is FarOutRadioChannel.

Please enjoy our many insightful interviews with amazing and talented guests. Our website, www.FarOutRadio.com serves as a convenient platform for archiving our programs/videos as produced for our  YouTube channel.

We often say of our topics that we offer, “Things that make you go, “Hmmmm…”

So, with that in mind, here is a short list of just some of the topics we present and investigate here at Far Out Radio:

On Far Out Radio you won’t get hammered about how awful things are. The longer I keep looking into the nature of things and the systems that run the world (both obvious and hidden systems), the more I am convinced that this world is a whole lot stranger and even more amazing than we can imagine. Perhaps ignorance is indeed bliss. But it seems to me that if we really knew how far-out the world really is, think of how much more interesting Life would be. Or, perhaps terrifying.

There’s a great line from the silly 1990 Tom Hanks and Meg Ryan film, “Joe vs The Volcano.” Ryan’s character is talking about her father while having dinner with Hanks. She says, “My father says that almost the whole world is asleep. Everybody you know. Everybody you see. Everybody you talk to. He says that only a few people are awake and they live in a state of constant, total amazement.”

The pic above is from the movie when Meg’s character shares her father’s “constant amazement” philosophy with Tom’s character.

Lots of people, are telling lots of people, we need to “Wake Up!” And it’s true, we do need to wake up. Because when you do, you will be CONSTANTLY… TOTALLY… AMAZED. From time-to-time, we might present information that will leave you with an, “OH! MY… GOD!!!” experience, but we won’t bore you. – Scott

K. Scott Teeters has had a long and varied career. He has been a “creative” for a long time. Scott has worked as a draftsman, technical illustrator and went to Philadelphia College of Art for Illustration. He really loves art and the creative challenge. For over 10 years Scott worked as a freelance commercial artist in the Philadelphia area.

From 1992 to 2001 he enjoyed working in the R&D Department of Tyco/Mattel Toys creating designs for the Tyco Radio Control, Tyco Electric HO Racing, and Mattel Matchbox lines of toys. He was a senior designer in the Preliminary Concepts & Design Group and product manager for Matchbox Direct Mail Collectibles.

In his spare time, Scott has been a freelance artist and writer for over one dozen automotive publications. He has illustrated and written hundreds of stories in numerous car magazine monthly series. His association with the now defunct (December 2019) VETTE Magazine goes back to 1976 and his  monthly column in VETTE, titled, “The Illustrated Corvette Series” had been on the very last page of every issue since spring 1997.

From 1972 to 1976 Scott had a lot of fun working as an announcer at Cecil County Drag-O-Way and Atco Raceway. He’s also done some voiceover work and audio readings.

Scott has authored two books. “It’s Time To Wake Up – Reiki & Other Essential Tools For Spiritual Awakening” (published in 2003 by Llumina Press) is a primer on the Japanese healing and stress management technique known as Reiki and includes personal growth techniques that have worked for Scott over the years. He is also a Usui Reiki Master and has taught Reiki Level I, II, and III classes.

Scott’s second book, “The Illustrated Corvette Series” (published in 2010 by CarTech Books) is based on his VETTE Magazine column of the same name.

He has been an avid fan of alternative news radio programs for many years. The opportunity to host Far Out Radio on YouTube is a marvelous creative outlet for Scott to share his own eclectic interests with the world. 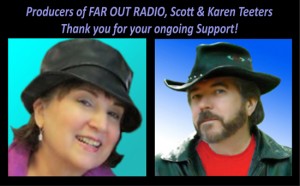