The Challenging, Painful Treatment for Subconscia is to Unlearn Your Belief Systems by Scooter Rockets – republished. 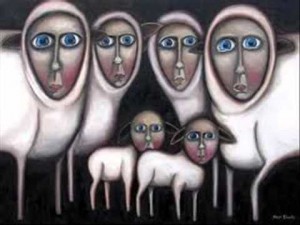 Please allow me to introduce you to a new word in the English lexicon… subconscia. Subconscia is a very serious condition of mind, body and spirit.  While it is not genetic per se, it is generational. While it is not a virus per se, it can be caught and transmitted. Though it requires aggressive treatment, most will refuse the cure. Prolonged exposure will cause a myriad of physical and mental symptoms. In fact, subconscia is at the heart of almost every human ailment.

Subconcia takes over its victims with a stealth greater than the most effective illness. It eventually convinces its host that right is wrong, up is down, and out is in. While the victim maintains the illusion of free decision making, subconscia all but shuts down the host’s conscious thought processes. Additionally, and most insidiously, it acts as a carrier or gateway for a host of other harmful influences.

So how does one know if they or their loved ones have subconscia? Rather than attempt to provide a clinical definition, it may be easier to describe the symptoms. Here is a list in no particular order:

1) the victim questions very little regarding the world around them
2) the victim’s belief system comes almost exclusively from other victims via spoken word, written word, images and cultural norms
3) the victim vigorously defends their belief system despite having never really vetted it.  All options are open in defense of the system, including violence.
4) usually out of fear, the victim pours substantial energy and repetition into propping up their belief system until it eventually reaches a level of automatic operation
5) the victims will surround themselves with people of the same beliefs as a means to substantiate their beliefs through majority acceptance
6) the victim frequently defers obvious conflicts in information and data to a “higher power” or simply chalks them up as unknowable or unsolvable
7) the victim begins to ignore, deny or ridicule information that would challenge their belief system
8) the victim becomes increasingly good at perseverance and adaptation, and accepts circumstances in their life that are harmful to them and others, simply because they are becoming increasingly adept at coping with them
9) the victims frequently celebrate overcoming adverse situations that they should otherwise be uncomfortable with or should have not allowed in the first place
10) the victims will participate in systems that are harmful to them in order to gain or maintain acceptance by others
11) the victim will be inclined to value things according to arbitrary systems of measurement (like currency for example)
12) the victim will create external dragons to slay, in order to ignore internal dragons, frequently “killing messengers” that come into their life
13) the victim will begin developing group allegiances and will use those allegiances as part of their identity (ie. nationality, religion, sexual preferences, political affiliation, etc)
14) the victim will spend inordinate amounts of time and resources on entertainment (i.e. sports, television, movies, social frolicking, recreation, etc) and begin to mistake this as normal or even productive
15) the victim will spend inordinate amounts of time and resources on sedation (ie. comfort foods, medications, stimulants, anti-stimulants, etc) until functioning without them becomes difficult, if not impossible
16) the victim will spend inordinate amounts of time and resources on traditions and celebrations with ambiguous purpose or meaning
17) the victim will engage in relativistic comparisons with other victims in an attempt understate or better their own condition (eg. reality television)
18) the victim will increasingly adapt ideas of separation between humans, and become comfortable with classes, casts and resource disparity
19) the victim will become comfortable with (or willingly ignore) the harm of other living creatures (human or nonhuman) under the mistaken notion of self survival
20) the victim will usually favor hierarchical systems and will develop a preference to be ruled by others
21) the victim will grant authority to other humans and to imaginary forces with the mistaken notion that this provides security
22) despite having embraced  hierarchical systems of control, the victim will actually deny the existence of the top tiers of control (the ruling elite for example)
23) the victim will usually seek to indoctrinate its offspring with the same systems of belief
24) over their lifetime, the victim will put inordinate effort into illusions like amassing wealth and possessions, and will inadvertently feed the “lack” paradigm
25) by quelling their cognitive dissonance for a long enough period of time, the victim will eventually become convinced that it cannot affect change on a meaningful scale, and will actually be okay with it

While this list is not fully comprehensive, it is adequate in the diagnosis of most forms of subconscia (becoming sheeple?). It is important to note that subconscia usually infects large groups of people, even on a planetary scale. It is also important to note that the disease must be administered to a population on a regular basis and incubated or it will die off eventually, since it is in direct opposition to the Life Force. Performing postmortem examinations on past cultures reveals that subconscia is at the root of all of their demises.

How does one treat subconscia?

The victim must first be willing to unlearn anything in their belief system that has not been vetted and scrutinized. This process can be painful and extremely harmful to the victim’s ego. During treatment, it becomes more apparent that the victim’s ego has been the area most badly infected by the disease. Warning, withdrawal from group norms may result in the victim not being accepted by other infected parties.

Second, conscious thought must begin to prevail in the victim’s mind. The recovering victim should begin by using universal life-force laws like “do no harm,” thereby replacing “belief systems” with true knowledge and wisdom. Removing deceptions will make it possible to actually love other humans in ways that will not harm them.  Initially, conscious thought will require a tremendous amount of effort on behalf of the recovering victim. It will not be easy, but conscious thinking will begin to reveal implants and programming in the victim’s psyche. The victim will be able to trace these strands back to their sources and a clearer picture will begin to develop as to who the real threats are to their existence.

As the victim begins to shed false beliefs and doctrines, their spirit will begin to resonate with the Source of Life. Eventually, the victim’s amnesia will subside and they will begin to remember who and what they are… powerful co-creators, one with all that is seen and unseen; ready to once again transcend space and time.