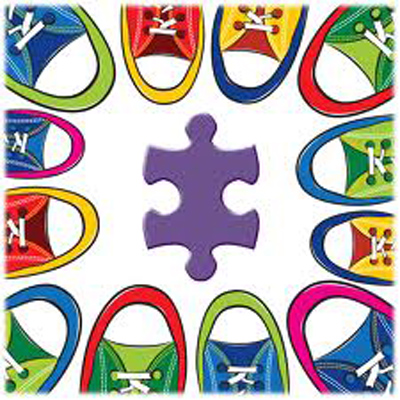 Dylan Charles for Waking Times. New figures for autism prevalence amongst school-age children (2-17 years) in the United States were recently published in a report by the Centers for Disease Control (CDC).

According to this new estimate, rates of autism amongst the nation’s school children have climbed to 1 in 50, up from an estimated 1 in 88 for 2012, an increase partly represented by a broadening of the definition of autism, as well as increase in the ability to detect it.

“More people than ever before are being diagnosed with an ASD. It is unclear how much of this increase is due to a broader definition of ASDs and better efforts in diagnosis. However, a true increase in the number of people with an ASD cannot be ruled out. We believe the increase in ASD diagnosis is likely due to a combination of these factors.” [CDC]

Defining autism can be difficult for both parents and health workers. The data in this recent study looks at parent reported cases of Autism Spectrum Disorder (ASD), which is defined by the CDC as:

“Autism spectrum disorder (ASD) is a set of complex neurodevelopment disorders that include autistic disorder, Asperger disorder, and pervasive developmental disorder not otherwise specified (1). Children who have ASD display mild to severe impairments in social interaction and communication along with restricted, repetitive, and stereotyped patterns of behaviors, interests, and activities.”

Autism spectrum disorders are almost five times higher in boys than in girls, and most prevalent in teenagers ages 14-17:

“The prevalence of parent-reported ASD among children aged 6–17 was 2.00% in 2011–2012, a significant increase from 2007 (1.16%). The magnitude of the increase was greatest for boys and for adolescents aged 14–17. Cohort analyses revealed consistent estimates of both the prevalence of parentreported ASD and autism severity ratings over time. Children who were first diagnosed in or after 2008 accounted for much of the observed prevalence increase among school-aged children (those aged 6–17). School-aged children diagnosed in or after 2008 were more likely to have milder ASD and less likely to have severe ASD than those diagnosed in or before 2007.” [CDC]

Obscured somewhat in the reporting of this data is whether or not autism itself is actually on the rise. According to the CDC, in 2000, autism rates for children were 1 in 150. Since then the nation has seen a frightening increase in the number of youth affected, and the impact on families and schools has been staggering.

The causes of ASD are still not clearly identified. More research is demonstrating that food quality may be an important issue, and things like high-fructose corn syrup growing highly suspect. The CDC cites several potential factors that may possibly contribute to this epidemic, including genetic, environmental and biological factors, while also mentioning the controversy over childhood vaccines.

The case against vaccines continues to grow and is clearly worthy of more direct attention than the CDC seems to be giving it. All the while, more and more parents and activists are challenging an ever-increasing schedule of childhood vaccines, and public awareness of this issue continues to rise.

Dylan Charles is a student and teacher of Shaolin Kung Fu, Tai Chi and Qi Gong, a practitioner of Yoga and Taoist esoteric arts, and an activist and idealist passionately engaged in the struggle for a more sustainable and just world for future generations. He is the editor of WakingTimes.com, the proprietor of OffgridOutpost.com, a grateful father and a man who seeks to enlighten others with the power of inspiring information and action. His remarkable journey of self-transformation is a testament to the power of the will and the persistence of the human spirit. He may be contacted at wakingtimes@gmail.com.