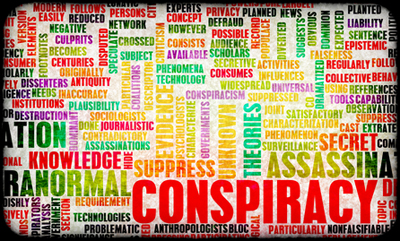 The NSA scandal is one of the most impactful stories to hit the news in quite some time. Edward Snowden, a former technical contractor for the NSA and the CIA, is now best known for outing details about highly classified U.S. and British government mass surveillance programs. Currently hiding out in Russia and carrying sensitive U.S. national security data on four laptop computers, Snowden risked his life to release this top secret data about this huge spying enterprise.

He may have leaked the complete procedures of how the NSA does its spying but many view him as a hero. Many in the public share Snowden's belief and outrage that our government is overstepping its bounds in terms of how much they are watching and listening to us.

Snowden already spilled many details about top-secret espionage programs. He's revealed how the NSA intercepts phone call metadata as well as specific information about how they operate their internet surveillance programs. As a result, on June 14, United States federal prosecutors brought charges against Snowden for espionage as well as theft of government property.

While some refer to Snowden as a hero and a brave whistleblower, others who think differently call him a traitor. In a Post-9/11 era, our nation struggles to find a balance between national security and preserving the privacy rights of individuals. How much privacy and personal freedom should citizens be willing to sacrifice in the name of national security and patriotism is a question that needs to be asked. Are our constitutional rights being ignored for something called National Security that involves spying on friends and enemies alike, virtually everybody in the name of  what?

The recent events with Edward Snowden prompted many people who follow conspiracies to start reading again. Many are revisiting favorite conspiracy-themed books like George Orwell's 1984 and also watching conspiracy-themed television shows and movies. In fact, Politico.com reports that book sales for 1984 have surged since the Snowden NSA story broke – more than double its usual sales. If recent events sparked your interest in conspiracies, here is an overview of some of the top classic  books involving the dissolution of rights and freedoms:

1984 is the story by George Orwell of a man’s journey through a world at war in a land with a power structure that controls all information as well as individual thoughts and memories. 1984 may be a chillingly prophetic tale.

Aldous Huxley's epic tome is set about seven centuries in the future, World Controllers rule the world through a five-tiered caste system, and a drug called Soma ensures no one ever feels unhappy. Pre- and post-natal conditioning are also employed to promote social order. Does that sound familiar?

Set far into the future, Fahrenheit 451 by Ray Bradbury tracks the story of a hero with the job of burning books who eventually flees his oppressive, censored society to join an underground network. They witness the atomic destruction of the city and dedicate themselves to rebuilding a better society, Sounds a little hopeful.

If TV is what you enjoy, you're covered. Networks like TruTV offer programming to help you learn more in deph details about conspiracies in today's world. Such networks are available with many cable TV and satellite packages, reports Direct-ticket.net. In the TruTV show "Conspiracy Theory," former pro wrestler and Minnesota governor Jesse Ventura hunts down all of the stories behind today's most researched beliefs about who is really in control.

The Snowden matter is serious business to top U.S. officials. General Michael V. Hayden, a former NSA director and CIA director from 2006 to 2009, believes that it will very likely prove to be the most costly leak of United States secrets in our nation's history. That is what he and top officials would think, of course. However, can't we in a democracy stay safe and retain personal freedoms? With these revelations about all citizens and countries, friends and foe being spyed on, do you feel your freedoms are threatened? If we are so advanced with spying technology, how about developing some peace technology? Think we are emotionally smart enough?