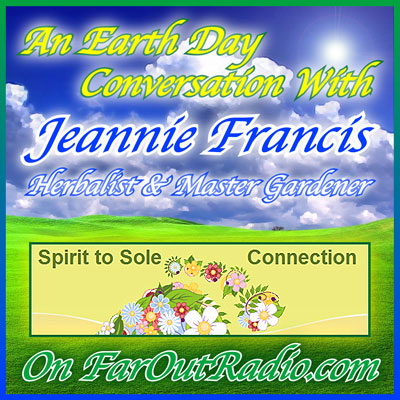 Our guest is Holistic Practitioner – Master Herbalist, Reflexology Therapist, Reiki Master and Master Gardener, Jeannie Francis. Since we are celebrating Earth day week  we talk about Jeannie's wonderful family history of  farming the land here in America since the 1700's and how that has influenced her to be a holistic practitioner that emphasizes our relationship with mother earth and abundant health.

Today with all the controversies about harmful pesticides and artificially produced GMO crops, it is important to know the basics of what to look for when wanting to buy healthy food for your family. Jeannie helps us with that and talks with us on growing your own food, being connected to the goodness availlble from the earth and her perspective on earth day, and green, natural living.

END_OF_DOCUMENT_TOKEN_TO_BE_REPLACED 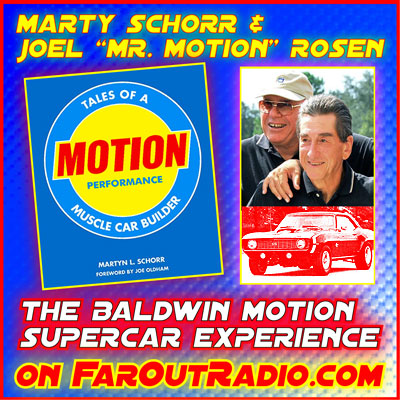 It’s a Friday Night Car Show at Far Out Radio! Our guests are Marty Schorr and Joel Rosen. Marty is the former editor of CARS Magazine, founder of VETTE Magazine, editor and chief of CarGuychronicles.com, and owns PMPR, an automotive public relations business. Joel Rosen is the former owner of Motion Performance and currently owns and runs Motion Models, a world renown scale military model company.

Back in the ‘60s, Marty Schorr was the editor of CARS Magazine and Joel Rosen was the owner of Motion Performance. Schorr and Rosen became friends and Motion Performance was CARS Magazine’s “special projects” shop. The two creative guys came up with a Chevy supercar concept, not unlike Carroll Shelby’s Ford Shelby Mustangs, only at a local level.

Rosen spun the wrenches and Schorr spun the spin. The cars had drop-dead, in-your-face aggressive good looks to go with their ground-pounding performance – all with a 100% Chevy warrantee!

The guys created a legend that still being talked about 45 years later! Survivor Baldwin Motion Supercars are today VERY valuable.

END_OF_DOCUMENT_TOKEN_TO_BE_REPLACED 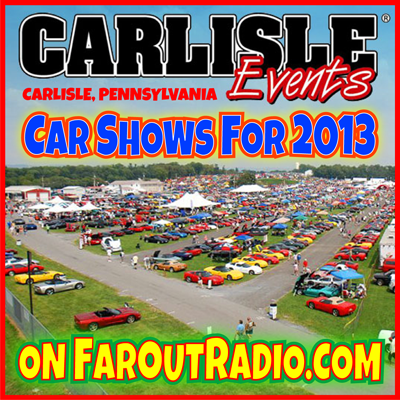 It’s a Thursday Night Car Show at Far Out Radio! Our guest is Lance Miller, co-owner of Carlisle events, in Carlisle, Pennsylvania. Located in the southeast corner of Pennsylvania’s “Pennsylvania Dutch Country,” the 82-acre facility has been in business since 1981 and now hosts 13 car show events from April through October.

Lance Miller, the son of Carlisle Events co-founder, Chip Miller (Bill Miller is the other co-founder and owner – no relation to Lance), will be with us to talk about the upcoming fun car show events for 2013. The company holds an event about every other weekend.

Carlisle Events is best known for their three-day, annual Corvettes at Carlisle Show in late August that finishes off with a parade through downtown Carlisle, PA. Carlisle Events attract vehicle lovers from all over the country and has themed car shows for just about everyone’s taste in automobiles!  Carlisle Events, the vast fariground, is a place where fans can enjoy their favorite vehicles, buy parts, and sometimes, even complete cars!

END_OF_DOCUMENT_TOKEN_TO_BE_REPLACED 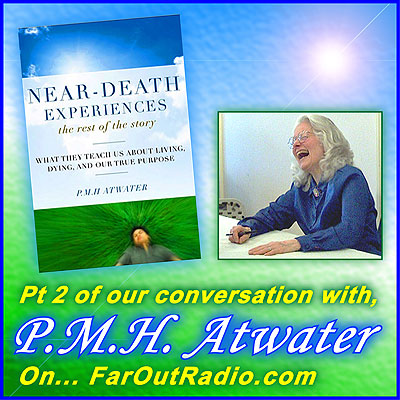 Our friend Dr. P. M. H. Atwater is back for Part 2 of our conversation about her book, “Near-Death Experiences – The Rest of the Story.” Dr. Atwater speaks from personal experience, having had THREE near-death experiences. On April 10, 2013 we laid the groundwork of Dr. Atwater’s research into the Near Death Experience based on her interviews with over 4,000 people.

It is the second half of the book that causes quite a stir in the NDE community. In the forward to the book, Dr. Atwater writes, “Everything pivots with chapter 16. It is there that we jump from the familiar to the unfamiliar, the type of material that recognizes that near-death states are not some type of anomaly, but rather, part of a larger genre of transformations of consciousness.”

END_OF_DOCUMENT_TOKEN_TO_BE_REPLACED 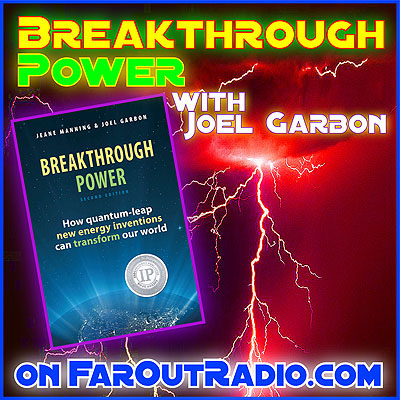 Joel Garbon is our guest for this program. “Breakthrough Power,” co-written with Jeane Manning, is a review of game-changing, emerging technologies with the potential of solving our modern world’s, seemingly endless appetite for energy. The challenge is how do we achieve this goal without creating larger problems.

A scientist, industrial consultant, acclaimed speaker and president of the New Energy Movement, Joel Garbon is a champion for  energy change. Jeane Manning authored The Coming Energy Revolution: The Search for Free Energy” and co-authored other books. “Breakthrough Power” is a snapshot of the different kinds of technologies to which inventors are committing their minds and energies. Every problem has a solution. Quietly, and persistently, smart, inventive people are working round the clock! We WILL solve this!