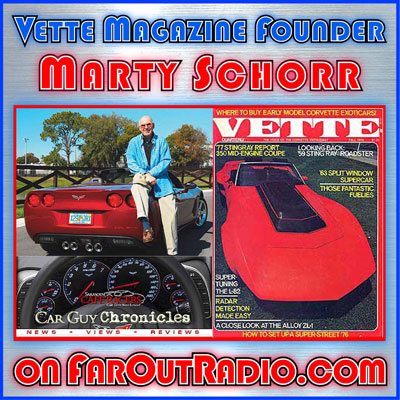 Our guest is author and automotive journalist, Marty Schorr. Marty is a “car guy’s, car guy.”

With over five decades of hands-on experience, behind the wheel and under the hood of some of the most amazing cars ever, plus capturing images with his camera and word-smithing the life and times of the American muscle car, Marty has a unique perspective.

END_OF_DOCUMENT_TOKEN_TO_BE_REPLACED

Tim Swartz talks about the strange life of Nikola Tesla 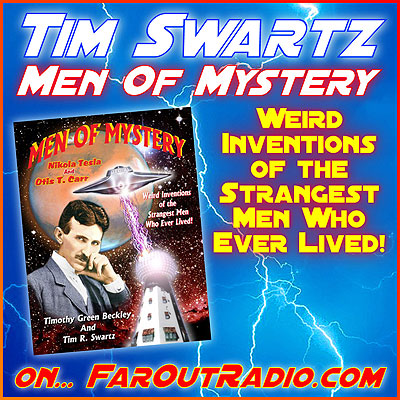 Our guest is author and researcher, Tim Swartz and we talk about Tim’s popular book titled, “The Lost Journals of Nikola Tesla". Tim R. Swartz is an Indiana native and Emmy-Award winning television producer/videographer, and is the author of a number of popular books including The Lost Journals of Nikola Tesla, Secret Black Projects, Evil Agenda of the Secret Government, Time Travel: A How-To-Guide, Richard Shaver-Reality of the Inner Earth, Admiral Byrd's Secret Journey Beyond the Poles, and is a contributing writer for the books, Sir Arthur Conan Doyle: The First Ghostbuster, and Brad Steiger's Real Monsters, Gruesome Critters, and Beasts from the Darkside.

END_OF_DOCUMENT_TOKEN_TO_BE_REPLACED 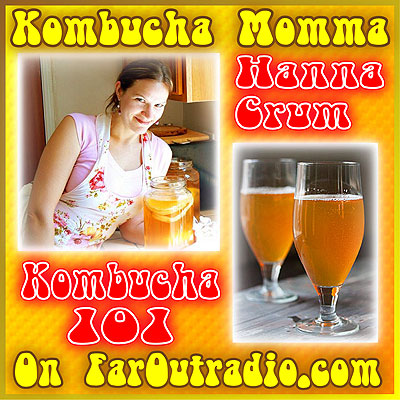 Our guest is author and educator, Hannah Crum, aka, “The Kombucha Momma.” Kombucha is an ancient health drink from the Far East and Northern Russia. Simply explained, it is fermented sweet tea.

With the use of a strange and wonderful thing called a SCOBY, which is an anachronism for, “Symbiotic Colony Of Beneficial Yeast” – SCOBY, pronounced, “sko-bee.” The colony of beneficial yeast eats the sugar in the sweet tea and turns it into a cider-like drink that’s loaded with healthful probiotics!

Kombucha is very easy and fun to make. Once your brew vessel is setup (and there are many ways to do this), the SCOBY will keep making Kombucha in as little four to five days. Kombucha can even be flavored with fruits and spices, and naturally carbonated to a near soda pop level!

Hanna Crum is a nationally known Kombucha expert and talks with us about all things Kombucha and health benefits of fermented foods. With the widespread reports concerning lactose intolerance and celiac disorders, making your own Kombucha is not only fun to do, but it can be a part of your health routine.

END_OF_DOCUMENT_TOKEN_TO_BE_REPLACED

The Wonderful World of WordPress Websites and Internet Marketing 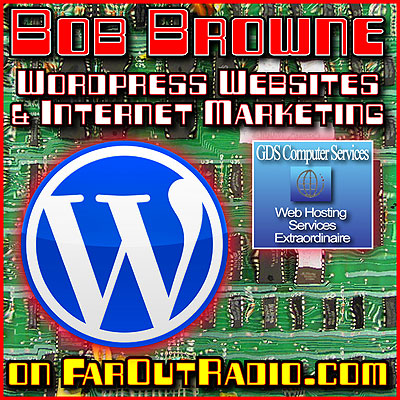 Our guest is Bob Browne, owner of GDS Pro Hosting and GDSComp.com. His company’s motto is, “Make it simple so anyone can have a website.” Bob is a Web Developer, Networking Consultant, Hosting Service, PC Technician, and WordPress Expert.

Bob has had a long career in data processing, spanning over 30 years. He was there for the birth of the personal computer, desktop publishing, the internet explosion, and the birth of the blogosphere. Bob now specializes in WordPress platform websites for everything from personal blogs to full-feature business websites.

We talk about the rapid expansion of WordPress, Cloud Computing, Internet 3.0, and the future direction of the computer, the internet and TV converging in your living room. If you want to know about what is going on with the world wide web and want to be up to date, tune in!

END_OF_DOCUMENT_TOKEN_TO_BE_REPLACED

Life In The Ozarks with Jill Henderson 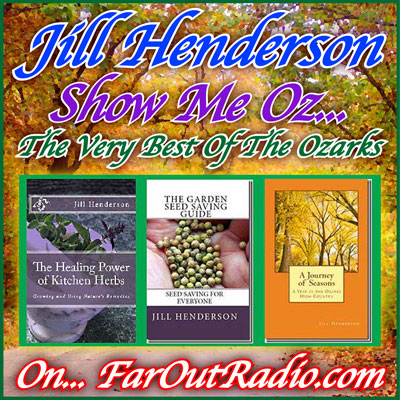 Our guest is author Jill Henderson. Jill’s husband Dean was on the program recently  talking about his new book, “Stickin' It To The Matrix.” Dean and Jill are both very thoughtful people and they’re both writers.

Jill has authored three books and will  present an overview of her body of published work. Jill’s book titles include, “The Healing Power of Kitchen Herbs,” “The Garden Seed Saving Guide,” and “A Journey of Seasons.” Jill’s books are available on Amazon in print and Kindle form, as well as on the Henderson’s own websites listed  below.

Through hard work, bartering, odd jobs, and a willingness to fix up and sell houses, and move a lot, Jill and Dean have created an unusual modern life – they are free Americans. Both Jill and Dean are world travelers and Jill is also an artist and specializes in pet portraits and animal art. You can see samples of her sweet artwork HERE.