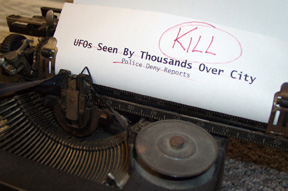 Reporting on UFOs, how the mainstream press avoids UFO stories

On November 26, 2002, North American Aerospace Defense Command began receiving reports of a contrail of unknown origin in the air over the Turks and Caicos Islands in the Caribbean.  Fighter jets were scrambled from several bases to intercept the unknown that was heading northwest toward the U.S., but reportedly, nothing was spotted.  Commercial airline pilots later reported the contrail over Florida and later over Indiana.

This fascinating report received scant attention in the U.S. press, which is unusual considering the zeal for "national security" that has been rampant since 9/11. The thought is disturbing that an unknown aircraft could fly with impunity over the United States and receive only a few paragraphs in local papers.  What could possibly explain this odd lack of curiosity by the national media?

Actually, the failure of the press to respond to this story is no surprise considering that the mainstream press has developed the attitude that UFO reports are strictly for the tabloids.  This position has become so pervasive that when some editors and journalists have attempted serious, well researched, UFO investigations, they found themselves isolated by their peers.

END_OF_DOCUMENT_TOKEN_TO_BE_REPLACED 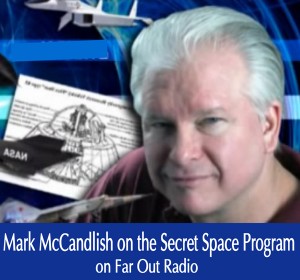 Now  on YouTube.  Mark McCandlish returns as our guest on FarOutRadio this program.  In this program Mark McCandlish, Secret Space program Expert and Artist and Host Scott Teeters talk about the intriguing statements from Ben Rich, the former chief of Lockheed Martin’s Skunk Works where ultra top secret air and space craft were designed and developed. Rich was a serious man, so what are we to make of his statements…

“We have things out in the desert that are 50 years beyond what you can comprehend.”

“We already have the means to travel among the stars, but these technologies are locked up in black projects, and it would take an act of god to ever get them out to benefit humanity. Anything you can imagine, we already know how to do.”

We also talk about the strange experience some people that are in close proximity of a UFO where time speeds up and they have “missing time” or time seems to stop and people appear to be frozen. It’s one of the more “far out” aspects of the “close encounters” experience.

END_OF_DOCUMENT_TOKEN_TO_BE_REPLACED 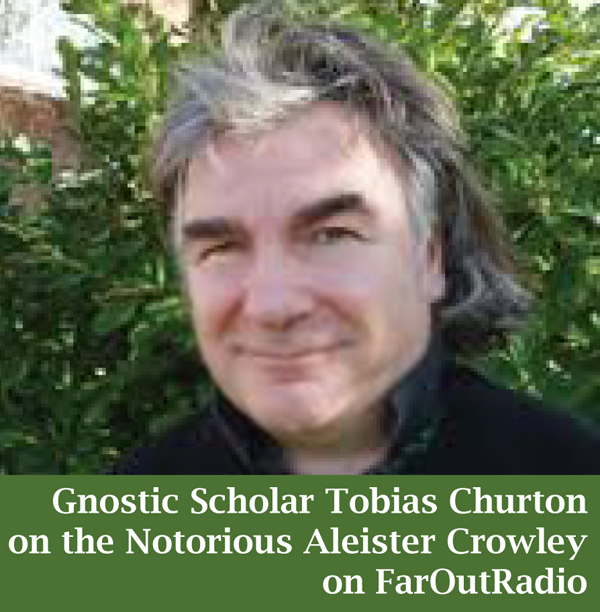 Tobias Churton was recently interviewed by Scott Teeters of FarOutRadio. Here is a review as offered by Lashtal of Churton's biography on the notorious Aleister Crowley:

Aleister Crowley died six decades ago, ignored and forgotten, a figure almost studiously overlooked, almost wilfully disregarded. These days it is often said that by 1947, Crowley was a bogey man, a demonologist dusted off to scare the kiddies at Halloween, a fallen figure of fun, a dishevelled magus in a rumpled robe. But that's simply not true. By the time of his passing, The Beast was entirely 'absent', irrelevant to the world; a shadow no taller than his soul.

What's so odd, then?

END_OF_DOCUMENT_TOKEN_TO_BE_REPLACED

Bob Frissell, our FarOutRadio metaphysical expert and  author of the best selling Nothing in This Book Is True, But It's Exactly How Things Are returns as our guest this program to reveal the amazing knowledge of the ancient Sumerian texts. Here is an excerpt from his book:

"The Sumerian civilization seemed to arise overnight with no evolution at all. The same is true for Egypt. Egyptian writing appeared one day in its most developed form and went downhill after that. All the ancient civilizations–Sumeria, Babylonia, Egypt, and so on–developed quickly and went downhill immediately.

END_OF_DOCUMENT_TOKEN_TO_BE_REPLACED

Mark McCandlish is our guest on FarOutRadio this program. Mark is a talented technical illustrator whose specialty is in aviation and conceptual art within the defense and aerospace industries. Enjoy on YouTube: 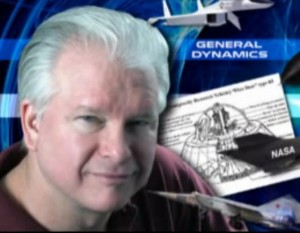 Mark's first UFO sighting occurred at Westover Air Force Base in the State of Massachusetts, in the winter of 1966. He observed the craft through an 80 power telescope for about ten minutes before it accelerated out of sight at an extreme velocity.