The movie “Heaven is for Real” is about the near-death experience Colton Burpo had when he was four. No, he did not die, at least not technically, yet he came very close – close enough that he left this world and entered another – where he met Jesus, saw angels, and spoke with Pops, his paternal grandfather, who had died years before. When shown a picture of Pops, he shook his head no, that wasn’t the man. Not until his dad found a much younger photo of the grandfather did Colton say yes, that was Pops, adding that “People are younger in heaven.”

Todd Burpo, Colton’s father, was a Methodist minister in Imperial, Nebraska. His son, telling such strange tales about heaven and Jesus, caused him much grief, a real test of faith and of his ability to continue on as a minister. Then Colton spoke of meeting his older sister in heaven; her death while still in her mother’s tummy, was never discussed. It is clearly impossible Colton could have ever known anything about this “other” child – or even that the miscarried baby was female.

Colton’s story about his near-death experience, what happened to the Burpo family and how the whole experience nearly tore them apart, is typical of child experiencers anywhere in the world, and there are millions and millions of them. Where his story differs is what happened with his parents. . . they came to believe him. Rev. Burpo announced at his pulpit as part of his sermon – that heaven is real and his son was really there. 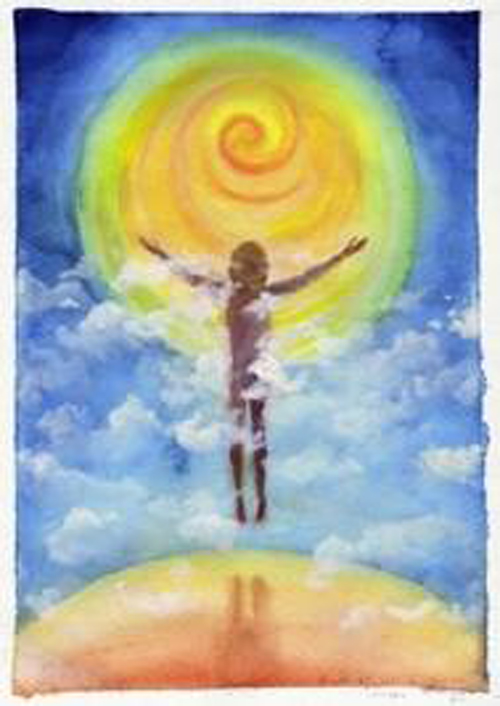 As a researcher of near-death experiences since 1978 (I began the year after my own), this scenario is all too real for me, repeated more times than I can count. What happened to Colton is typical, his parent’s response also typical. Children are usually not believed.

The fact is children of any age can have a near-death experience. . . during birth trauma or in crisis situations as mere babes, toddlers, school kids, teens. What amazes everyone about child experiencers is that the majority of them remember what happened, ofttimes lifelong, in detail, and speak about it as if possessing a more mature mind. They are usually upfront and to-the-point about God, angels, ghosts, heavenly or hellish figures, whatever they see, talk to, or feel around them. . . that no one else can see. If involved in an accident where people died, the child can continue to interact with those who were killed – as if the “other side” were still wide open – often pointing to figures they can see who hover about the hospital room or near the ceiling while carrying on conversations with the child.

The behavior of children who have near-death experiences freaks out parents and drives doctors and nurses into lengthy and prolonged states of denial, as they hastily turn to drugs for “hallucination” control. Typically, children are scooted out of hospitals prematurely if they start talking to patients who had recently died but were still “hanging around.” Hospital staff find this upsetting, not to mention parents.

After Life, research about those who experienced life on what appeared to be the other side of death focused almost entirely on adults. What evolved as “the classical model” was about adults, for adults. Melvin Morse, M.D. expanded research to include children in Closer to the Light: Learning from the Near-Death Experiences of Children. I followed with a different take – no models – just letting kids be kids, describing what had happened and was still happening –becoming like a child myself so I could see as a child. The result was The New Children and Near-Death Experiences, followed by The Big Book of Near-Death Experiences (the world’s only encyclopedia of the phenomenon).

Children who are at the edge of death or clinically resuscitated, are more apt to have a near-death experience than an adult. That means lots of kids have these. They can encounter the same range of scenario types as do adults, and face the same pattern of physiological and psychological aftereffects. . . but in a different manner. Good and evil jumble together for them, and the line separating one reality from another disappears. Children do not integrate these experiences; they compensate, adjust, deny, or store them on a “shelf in their mind.” It’s usually when they are an adult that they learn about the phenomenon and begin to “connect the dots” – why school didn’t make sense when they were a kid, why they often knew what’s going to happen before it did, why they healed quicker and could help others heal, why they seemed to know more, see more, hear and feel more than others, and have a sense of otherworldliness and social justice that set them apart.

Near-death kids often scare other kids, as well as adults. Because of this, they quickly

learn to be silent about what they see and know, and try instead to fit in, be like everyone else. I believe this is the reason so many dislike school, have challenges with relationships, and grow up either intensely devoted to fulfilling what they perceive to be their mission in life, or go from counselor to counselor to find out “what’s wrong with them.” Since very few therapists are trained to handle clients like this, the average child experiencer of a near-death state grows up feeling “alien.”

What would you do with a youngster who suddenly knew more than you did, could talk to God, possessed skills and abilities beyond their age-range, could abstract as if an adult, talk to plants and animals – rocks and clouds – and hear them talk back, and was virtually impossible to educate like any other kid. These children come back with a mind that is highly creative, innovative, knowing, and spiritual. You can’t fool most of them because they can see right through you. Family bonding can lessen or vanish, as child experiencers can identify more with “the other world,” than this one. That is why it is so important that parents listen to their children, and without comment or judgment. Just listen. If they do, the entire family can be transformed as well. Children want to talk about their experience. Let them.

Encourage the child to “make their book,” that is to say, write or draw what happened to them, page after page, with a cover that has a title, and extra sheets for poems, newspaper clippings (if the media was involved), comments from others, extra pages to write more as the years roll by. Use yarn for binding. It is miraculous what happens to an experiencer (child or adult) who “makes their book.” This validates what happened and alleviates pressure.

Education is the key to successfully integrating a near-death experience into one’s life. Learning what is normal and typical, for children and adults, makes all the difference.

P. M. H. Atwater, L.H.D. is one of the original researchers in the field of near-death studies, having begun her work in 1978 and completing 10 books on her findings – some of which have now been verified in clinical settings. Her, The Big Book of Near-Death Experiences, was featured in the online version of Newsweek Magazine. Near-Death Experiences: The Rest of The Story is one of her popular and well recieved titles. She has won many awards, appeared on numerous TV shows, and spoken around the world – always inviting people to look past appearances for the truth that underlies what we think we know.

This from a recent article:

"This work has enabled me to recognise that near-death experiences are not some kind of anomaly, but are rather part of the larger genre of transformations of consciousness. We single them out as “different” because near-death states occur mostly at accident scenes, in hospitals, or in environments where devices are available to record vital signs thanks to trained emergency personnel. Contrary to the notion of how these episodes form, the scenarios they cover, and the pattern of physiological and psychological aftereffects that usually increase overtime – is the fact that near-death-like experiences (where death is not imminent) and impactual spiritual transformations (regardless of how caused) manifest the same patterning."

You can enjoy her previous visits to FarOutRadio by using the Search tool at the top of the sidebar.

“Near-Death Experiences, The Rest of the Story: What They Teach Us About Living and Dying and Our True Purpose” – Available HERE.

“Children of the Fifth World: A Guide to the Coming Changes in Human Consciousness” – Available HERE.

Dr. Atwater has authored numerous books, most of which are available, on this Amazon Page.