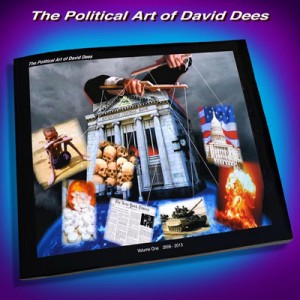 FarOutRadio Program. Listen HERE. David Dees is a political satirist-artist extraordinaire. If you have seen a realistic photo – biting satire montage commenting on the craziness of powers that be and it made you cringe and it gave you great insight – it was probably from the genius mind of David Dees.

This program we interview David Dees about his huge success in the corporate advertising world of Madison Avenue, the glitzy world of Hollywood Art and his evolution as one of the world's greatest artists of political satire. And he has a new book out of his amazing art,The Political Art of David Dees. 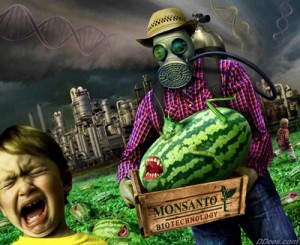 In 2006, David Dees came up with an original style of political art commentary inspired by the 9/11 truth movement and a passion to fight the New World Order agenda. David began creating and releasing an endless barrage of aggressive, and sometimes disturbing, photo-illustration images throughout the internet in an attempt to wake others up about the onslaught of the elite's power hungry world government plan of domination. Sarcastic to the extreme, funny in the approach, most times visually horrifying, this wild new style of illustration screams out our serious world crisis situation in a visual instant.

Patriot heros like Hollywood film producer Aaron Russo who produced "America: Freedom to Fascism", radio talk show legend Jeff Rense, and the world renowned David Icke have all commented on this socially conscious illustration and were not shy in throwing around the term 'political art genius'.

What irony that all of David Dees' years of designing for big corporations trained an art monster who would now turn his creative power back against that very corrupt mainstream media.

—You can enjoy David Dees Portfolio of work at DeesIllustration.com. His book, The Political Art of David Dees can be purchased Here.