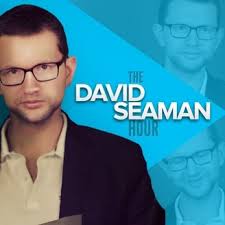 by Karen Teeters of FarOutRadio. Video.  David Seaman keeps abreast of what is happening on this planet and frequently provides insightful videos with his viewpoints and research. In this video he speaks as a young American who is disappointed with the Barack Obama of today compared with the Barack Obama that many people voted for. Promises have not been kept states Seamans.

Drone Strikes on innocent victims in countries where we have not declared war.  Students in permanant Loan Debt. Houses foreclosed on en masse. Unbridled power of Oil and Gas Companies. The values of  freedom, privacy and liberty are gone. What happened to all the promises Obama made? Seamans says this is not the same Obama many people voted for and that Obama should resign.

David Seaman is an independent journalist and frequent contributor to Business Insider. He has been a lively guest on CNN Headline News, FOX News, ABC News Digital, among others, and on his humble YouTube channel, DavidSeamanOnline. Some say he was recently censored by a certain large media corporation for posting a little too much truth.