The Electric Genius that was Nikola Tesla by Tim Swartz 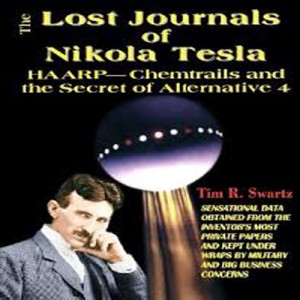 Who is Nikola Tesla? This is what I have heard repeatedly from people when they ask me what my Tesla book is about. It is amazing to me that many people still have never heard of the man who is responsible for much of the modern electrical technology that we take for granted today.

Part of the problem is that the contributions of Nikola Tesla are simply not being taught in schools. Instead, school text books sing the praises of Tesla's rival, Thomas Alva Edison, while overlooking what Tesla managed to accomplish. Worse yet, many children have been taught that Edison was responsible for technological development that was actually invented by Tesla.

If you visit the Smithsonian, next to Edison's bust you will see Tesla's invention that revolutionized the world – a drawing of Tesla's rotating magnetic field device, giving us polyphase AC and the AC motor.

There is a teacher named John W. Wagner who thinks that the Smithsonian Institute is playing favorites. After studying the remarkable life of Nikola Tesla, Wagner, along with his third grade class, started a campaign to educate the world about the obscure electrical genius from Yugoslavia.

Wagner and his class wrote many letters to important people asking for their support. A former student persuaded her father, an accomplished sculptor, to create a bust of Tesla for their class.

A Third Grade requirement is to learn cursive handwriting, so their class work now had a purpose…writing letters to raise money for their Tesla bust. Unfortunately, most people had never heard of Nikola Tesla. And those who had, seemed not to want to listen.

In fact, when the bust of Tesla was finished, Wagner and his class of eager students offered it to the Smithsonian Institute in Washington, DC. Dr. Bernard S. Finn, (Curator of the Division of Electricity and Modern Physics) refused, claiming he had no use for the bust.

The children could not understand why the Smithsonian would have no use for a $6,000 bust of such a great American and world-class scientist. After all, Tesla was no slouch. Much of our modern technology owes its beginnings to Tesla. In 1882 he made the discovery that changed the worldwhich was harnessing the awesome power of Alternating Current (AC).

In 1888 Tesla obtained U.S. patents covering an entire system of polyphase AC that remains unchanged in principle today. Tesla then promptly sold all of his patents to George Westinghouse, an acquisition that made the Westinghouse Company the giant it is today. Westinghouse and Tesla were consummate friends, but after Westinghouse died in1913, the company forgot that it was Tesla's chief benefactor and Tesla fell victim to hard times. Tesla died January 7, 1943, alone, and all but forgotten, in a New York hotel room, paid for by a meager stipend provided by the Yugoslavian government.

This is a deliberate assault on factual history and needs to be challenged. The United States Patent Office and the U.S. Supreme Court view things a little differently over the much distorted history the Smithsonian publicizes.

Tesla holds over forty U.S. patents (circa 1888) covering our entire system of Polyphase Alternating Current (AC). These patents are so novel that nobody could ever challenge them in the courts. The Direct Current (DC) system Edison used in his much touted Pearl Street generating station was invented by others before his time; he merely copied the work of others to promote his business enterprise. . . and the Smithsonian wants you to believe he was America's "King of Electricity."

There is simply no evidence to support this claim. The U.S. Supreme Court, in a landmark decision dated June 21, 1943, Case No. 369,overturned Marconi's basic patent for the invention of radio because Tesla's patent on the four-tuned circuit predated Marconi's patent. Marconi had simply copied Tesla's work.

Tesla's four-tuned circuits with two on the receiving side and two on the transmitting side, secured by U.S. patents #645,576 and #649,621) were the basis of the U.S. Supreme Court decision (Case #369 decided June 21, 1943) to overturn Marconi's basic patent on the invention of radio.

Despite attempts to relegate Tesla to the back pages of history, there has been a growing wave of interest in the man and his great works. Some of this interest stems from Tesla's comments made in his later years concerning his exotic inventions and fantastic tales of Death Rays and communicating with extraterrestrials.

It is now known that various governments were extremely interested in Tesla's ideas for weapons and limitless energy. So much so that after his death, the U.S. military confiscated boxes full of Tesla's research and writings.

Much of this material has never been revealed to the public. What is not so widely known is that Tesla often suffered from financial difficulties, forcing him to move from hotel to hotel as his debt increased. Many times Tesla had to move, leaving crates of his belongings behind. The hotels would hold on to Tesla's possessions for awhile, but would eventually have to auction them off in order to repay Tesla's outstanding bills.

Often these sold off boxes contained notes outlining some new invention or speculations on developing technology. How much was lost over the years no one will ever know. However, some material escaped the clutches of obscurity and has recently resurfaced after being separated and stored for decades.

Some of this lost science, as well as shocking new details of Tesla's life as written by himself in long forgotten notes, has been published in my book:

The Lost Journals of Nikola Tesla: HAARP – Chemtrails and the Secret of Alternative 4.

These explosive journals, if true, could show that Tesla was indeed the first man to receive communications from life forms not of this planet!

These communications so frightened Tesla that he spent the remaining years of his life secretly dedicated to discovering the true purpose of the alleged extraterrestrials – and devising new technologies to enable mankind to protect itself from possible enslavement from a race of creatures that once called Earth home, and humankind their children.

Tim R. Swartz is an Indiana native and Emmy-Award winning television producer/videographer, and is the author of a number of popular books including The Lost Journals of Nikola Tesla, Secret Black Projects, Evil Agenda of the Secret Government, Time Travel: A How-To-Guide, Richard Shaver-Reality of the Inner Earth, Admiral Byrd's Secret Journey Beyond the Poles, and is a contributing writer for the books, Sir Arthur Conan Doyle: The First Ghostbuster, and Brad Steiger's Real Monsters, Gruesome Critters, and Beasts from the Darkside.