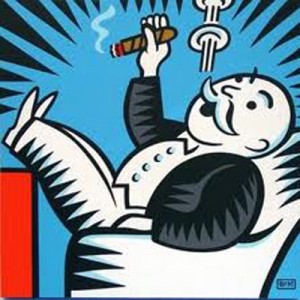 by Dave Hodges as republished from the Activist Post.  Acording to Naomi Wolf’s New York State Supreme Court complaint, she first discovered “unexplained activity” on her three Washington Mutual (WaMu) checking accounts in 2005. The prominent feminist author claims that she diligently sought to “monitor the activity of her accounts.” However, Wolf was blocked in her own self-monitoring efforts when WaMu stopped sending her monthly statements and denied her access to her online account. The net result of WaMu’s alleged actions is that Wolf alleges that more than $300,000 was stolen from her three accounts and this resulted in her filing a law suit against the bank. What happened to Naomi Wolf is going to be played out all across this country. And we are not going to have long for all of us to realize that we are Naomi Wolf.

What Used to Be Unthinkable Is the New Norm

“. . . the game itself changed. By raiding the depositors’ accounts, a major central bank has gone where they would not previously have dared. The Rubicon has been crossed.”  — Eric Sprott and Shree Kargutkar, “Caveat Depositor”

America, we now live in a thugocracy. The banksters are using the power of government to steal from Americans. These banksters control the Congress, the President and the judges. There is seemingly nobody who is beyond their sphere of influence, as these criminals are the poster children for the old adage which states that “Every man has his price”.

This is the part of the article where the reader would be advised to hang on every word that is written, because the following will have a devastating effect on the financial well-being of every American.

There is absolutely no integrity in the banking system. There is no honor among these thieves. A scientific, technocratic mafia runs the banking system. These money changing criminals will keep enticing you to put your hard-earned money into their privately run lairs of thievery. Everyone reading these words will be victimized in a manner similar to Naomi Wolf, if you keep the bulk of your funds in one of the Federal Reserve banks. Americans are woefully ignorant regarding how much danger their deposits are truly in. The thief is at the door and you are in danger of having everything stolen.

Most Americans Think That Their Deposits Are Safe

Some readers have written to me and have dutifully reminded me that the FDIC is at their bank standing guard over their deposits. How woefully and depressingly ignorant is that statement?

The FDIC does not have the money to cover your deposits, as it has only $25 billion in its deposit insurance fund. By law, the FDIC is required to keep a balance equivalent to only 1.15% of insured deposits on hand. Yes, America, that means that less than 2% of your deposits are covered.

Others have pointed out to me that the Dodd-Frank Act (Section 716) now bans taxpayer bailouts of most speculative derivatives activities. You remember the derivatives don’t you? They were the imaginary wealth that was built upon more imaginary wealth but were guaranteed with hard assets backed by the banks. When this house of cards collapsed, it pulled the banks down and led to the series of bailouts which has devastated our economy. Before continuing in this analysis, we need to review one very important detail.

The derivative debt in this country is estimated at $1 quadrillion to $1.5 quadrillion dollars. This is more than 16 times the value of every asset on the planet. There is no way that this debt can ever be paid, but that is not stopping the banks who are actively co-mingling their derivative debt with their other banking instruments including their customer savings deposits. We could fund 1,000 bail outs and there is only one unmistakable conclusion:

THERE IS ABSOLUTELY NO WAY THAT THIS DEBT CAN EVER BE PAID OFF! IT IS THE EXCUSE BEING USED, IN PERPETUITY, FOR THE BANKSTERS TO KEEP STEALING FROM YOU!

Therefore, when your bank defaults, and it will, the depositors as well as the banks will turn to the FDIC for relief. The FDIC will have no choice but to draw upon its credit line in order to cover a BofA, Wells Fargo and JPMorgan derivatives bust which has been co-mingled with savings account funds. The resulting effect is that this will require a taxpayer bailout to cover the credit line.This will negate the safety from the bailouts that the public thought that they were receiving under the Dodd-Franks bill of no more bailouts.

What very few people are talking about, and as is the case with all credit lines, this money will have to be paid back. Therefore, the coming default of the FDIC, used to cover the derivatives debt, will become the excuse for another taxpayer bailout. And on and on it goes.

When the last instrument has been looted and then deflated, where do you think that will leave you and your computerized digits that represent the bulk of your self-built financial empire? All of your life, most of you have worked for banker-backed interest in some capacity, and now these banksters are stealing back the pittance they paid you in the first place. Where’s Karl Marx when you need need him? Bank depositors of the world, unite!

America is only another 90 days away with another potential date with destiny, another government default and shutdown. Meanwhile, the banksters are the driving force which forces us to the edge of financial destruction; and it is never going to end until, we the people, have nothing left to steal. I am still highly concerned about the cyber attack drill in the which the first of phases were completed yesterday without any apparent incident. As a reminder, the cyber attack drill consisted of a simulated attack on more than 1,000 banks participating in a National Cyber-Attack Drill October 16-17 and again on October 23-24.

Phase two of this cyber drill will take place next week. As I have said before, I do not make predictions and I am not predicting a false flag event emanating from this event. However, given the nature of past false flag events (e.g. 9/11, 7/7 bombings and the Boston Marathon bombing), the conditions are ripe that this could turn into another false flag event. I think if the government had not avoided total default two days ago, the likelihood of this scenario turning into a false flag event would have been more certain. It would be wise for us to keep our eyes on October 23rd, but there is another major event that is rapidly approaching and it will require our immediate attention.

Of course, you could take your money out of the bank. Well, maybe you can…. Yesterday, Chase announced it is limiting customer withdrawals.

The International Monetary Fund is suggesting that countries tax the rich to fix deficit. This proposal is a Trojan Horse. On the surface, this sounds like a wonderful idea. The rich will not be taxed more, you will be.  This proposal will allow the banks to reach further into your pocket. And the best thing of all for the banksters is that no false flag attack is required in order to keep on stealing from us. This will be the topic of the next part in this series.

Dave Hodges is an award winning psychology, statistics and research professor, a college basketball coach, a mental health counselor, a political activist and writer who has published dozens of editorials and articles in several publications such as Freedoms Phoenix, News With Views and The Arizona Republic.