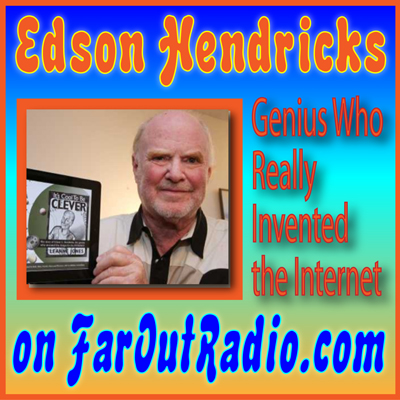 FarOutRadio Program. Listen Hour One HERE. Hour Two HERE. Our guest this program is Edson Hendricks, The MIT Genius and former IBM Computer Scientist that actually created the fundamental software that was responsible for the growth of the internet as it is today.  We discuss his amazing life, his accomplishments and what he is up to now.

Edson Hendricks (born 1945), an IBM computer scientist, developed RSCS (later known as VNET), fundamental software that powered the world’s largest network (or network of networks) prior to the Internet and which directly influenced both Internet development and user acceptance of networking between independently managed organizations. In 1977, Hendricks received an IBM "Outstanding Achievement Award," for the "VM/370 Networking PRPQ," and the IBM internal network. 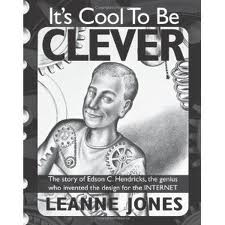 A wonderful mini biography targeted to youth has been written about Edson Hendricks to imortalize his genius and cleverness.The author was on our program recently. Leanne Jones is a private investigator and a talented author!

The book can be purchased on Amazon and enjoyed by people of all ages. The book is tilted  It's Cool To Be Clever: The story of Edson C. Hendricks, the genius who invented the design for the Internet and is written by Leanne Jones and illustrated by Anna Mah.

IT'S COOL TO BE CLEVER tells the true story of an inquisitive boy in the 1950s who doesn't fit in at school. Edson Hendricks is bullied because he is so smart (people accuse him of getting answers from his father who is the principal) and has red hair. He finds comfort in an imaginary world where he has machine parts, and no internal organs or emotions.

Years later, Edson's strange capacity to think like a machine helps him create a new way for computers to communicate. His "connectionless" network design paves the way for today's Internet.

The illustrations of dream-like visions and dynamic gears — illuminating the mind of a young inventor — are drawn with magic realism by Anna Mah.

Enjoy this amazing interview with a very clever man. It's far out!