Geopolitial Analyst, Author and FarOutRadio regular guest, Dean Henderson, appears on Press TV analyzing the aftermath of the shutdown and where the economy needs to go from here to survive. He commented that the US economy needs a boost much like the "New Deal" of the FDR era. 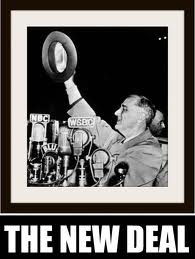 Press TV's overview stated, "US President Barack Obama says the economic damage is done as a result of the government shutdown. Obama also said there was no economic rationale for the shutdown, which he said, encouraged and emboldened America's enemies. However, he noted that the U-S will bounce back from the shutdown and its ramifications.

Obama further called on US lawmakers to come together and pass a long-term budget and give up the QUOTE brinksmanship that threatens the economy. His comments came after both the Senate and Congress agreed to temporarily raise the debt ceiling to end the shutdown and avert a debt default."