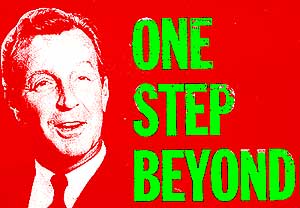 My interest in all things “Far Out” goes back to my childhood. I vividly remember how on certain nights of the week, there were two TV shows I loved watching with my big brother. Bob is seven years older than me, so he was always my “big” brother. We’d spread out a blanket on the floor, turn all the lights out, and enjoy “One Step Beyond” and “The Twilight Zone.” Of the two shows, I liked “One Step Beyond” the best. Twilight Zone was cool, but they were obviously “stories,” works of fiction. But One Step beyond was different. This was REAL STUFF!

We knew that for a fact because the host, John Newland said so. And he looked very convincing. Actually, for the most part, the stories were based on claimed real accounts. Would people have hoaxed things back in the good old days? Well, of course that was possible. But perhaps not as much so as today. At least I like to think so. After all, this was before Andy Worhol talked about everyone’s “15-minutes of fame.” 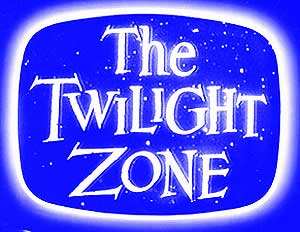 But the strange, far out stories instilled in me an interest in unusual things. I’ve never seen a ghost or a UFO, but I keep looking. My brother Bob, on the other hand, has had some what seemed to me to be amazing experiences, but he’s sort of “ho-hum” about it. Easy for him!

Although Bob lives in Florida and I’m in New Jersey, we talk on the phone at least two to three times a week. Bob works in security and in 2001 he was working the graveyard shift at the Harley-Davidson / Ford test Track in rural Naples, Florida. One day he called me and said, “You’ll never guess what I saw last night. A ghost!” He told me his story and we both had a “Hmmm…” moment.

Fast forward ten years to Autumn 2011 when I was listening to The Jeff Rense Program one evening, when Jeff and his special guest Brad Steiger, announced that their annual Halloween art and ghost story contest was on. Not that I’d forgotten Bob’s experience, it just never occurred to me to write out his story. So I coaxed him to tell me the story again so I could  write it up as best I could. So I wrote and wrote and edited and edited to get his story well wordsmithed. After Bob reviewed the copy and I made a few adjustments, I sent off his story to Jeff and Brad.

The contest winners were announced on the air and I was blown away when my story and our names were called out as the first place winner! I have written hundreds of technical car stories, a metaphysical book, and numerous political blog posts, but this was my first shot at writing out an experiential story. While it was just a ghost story contest, it was a moment to savor. And I got a really nice Brad Steiger book and $50 bucks!

Robert W. Teeters experience, as told to and written by K. Scott Teeters

You have probably known a coworker like this. They get to work a few hours early and stay way past quitting time. They work weekends and never put in for overtime. Their Life is their Job! This is such a story.

This experience happened to my older brother, Bob. Since he is seven years older than me, he always looked after me and today, we are the best of friends. I have memories from the early ‘60s, when we would lay on the floor with the lights out, watching “One Step Beyond” and “The Twilight Zone.” It’s what started  my interest in the paranormal. While I haven’t “seen anything” paranormal, Bob has. Here’s his story.

In 2000 I decided it was time to do something different. Since I had over ten years experience as a corrections officer for the State of New Jersey, I had no trouble getting hired by Wackenhut as a security guard at the Ford/Harley-Davidson test track in Naples, Florida. I was the night shift guy and my 12-hour shift was from 5pm to 5am. The prototype and parts testing was always done before my shift started, so it wasn’t as interesting as it might sound.

This part of Naples is VERY rural and sits next to a wildlife preserve. The main road is, “Alligator Alley.” I saw lots of small critters, panthers, big gators, and a few mama bears and their cubs. Yes, this is RURAL and VERY DARK at night. The guard shack was situated about a half-mile off of Alligator Alley. My duty every hour was to take the golf cart, lap the track, and do a walkthrough in the office/garage building that was about 100 yards from my booth. At night, only the hall lights were on in the building, but from my station, I could clearly see through the windows into the offices, illuminated by the ambient light from the hall. The only lights there in the middle of nothing, were the inside hall lights and one outside light. 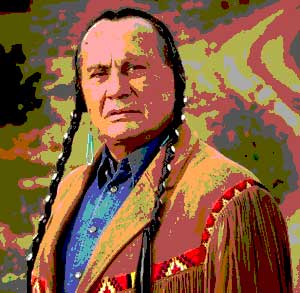 Angel had a Russell Means, no BS way about him.

A local Native American man named Angel worked there as a maintenance man and sometimes he would stay late. This night, Angel left around 11pm and was the last man out, or so I thought. Around 2am while listening to the radio, I just happened to be looking at the office building. It was something I’d done hundreds of times, after all, there wasn’t much else to look at out there. That’s when I saw someone walking through one of the offices! I said, “Oh shit! Someone’s still here!” As I stood there watching, I could clearly see “someone.” It wasn’t a shadow caused by a far off car headlight. It was the shape of a man wearing a ball cap, walking like he was “going somewhere.”

I was stunned! As far as I knew, Angel was the last man out. Then my mind kicked in. “Oh, maybe Angel left a helper here. Or Angel didn’t know there was one more guy here. Or….” The mind just has to have a logical answer. Thinking that we had an intruder, I picked up my billy club, tamped down my adrenaline, and immediately walked through the very quiet, dark office. But, there was no one there but me. Ford and Harley-Davidson were very concerned about intruders because of the advanced prototype machines that were there. I didn’t walk out by the parameter fence because it wasn’t uncommon to find  gators there. After I completed my walk through, I thought, “Oh well!” And that was that. Until the next day.

The job could be very boring, but this time I was looking forward to seeing Angel. I had a few questions. Like any other evening, Angel was the last man out. We chitchatted a little and then I asked him, “Ah, I know this probably sounds odd, but have you ever seen anything strange while working here at night?” With an expectant look on his face, Angel said, “Yea?” So I told him my story. 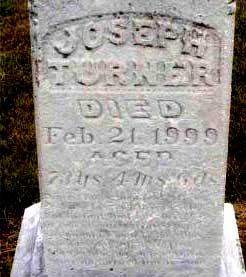 When I was finished, he said, “Oh, that could have been Joe Turner (made up name).” “Who?” I asked. Angel went on to explain, “Joe Turner was an engineer that used to work here about two years ago. He was ALWAYS here, totally dedicated to his job. He didn’t have a life outside the office. His work was his life and so was his death. He died at the office. And he ALWAYS wore a baseball cap.”

For me it was an “OH-MY-GOD!!!” moment. I felt frozen at the implication of what Angel had just said. I want to reiterate what I saw. It was not a shadowy, wispy, fleeting kind of thing. I saw the shape of an adult man wearing a ball cap, silhouetted by the ambient light from the hallway, that looked as if he was quickly walking into another office to get something. If there had been a crew of men working late and someone was walking through one of the offices, that’s what it would have looked like, and I wouldn’t have given it a second thought. But that night, I knew I was alone.

In odd moments like this, thoughts fly through your head. I must have looked like a deer in the headlights. Angel went on to explain how sometimes while working in the building at night, he has heard foot steps and quiet voices – like someone shuffling about and talking to themselves. He said, “I just figured it must be Joe Turner.” Then Angel said, “Bob, have you seen the American Indian maiden that floats out on the test track? Now that really creeped me out!”

I was already dumbfounded! I said, “Ah, no… and I really don’t want to know about it. I still have a long night ahead of me.” I worked at the test track for another year or so and never saw Joe Turner again. But then again, I wasn’t really looking for him.

Listen to Jeff Rense interviewing Scott Teeters as Scott shares his winning ghost story. This is a Youtube slideshow that includes the audio of the interview with a few photo slides to enjoy.