Author Gloria Amendola talks about her book, Mary Magdalene: Revelations From A First Century Avatar, on Far Out Radio.
We have a new guest on Far Out Radio this program as well as topic we have not gotten into here. Gloria Amendola is the author of 5 books. She’s also an intuitive with a passion for esoteric knowledge. She has a 5-book fictional series called The Tower Series.” Two of the three are currently available. Her publisher calls them, “esoteric thrillers.”
More and more it is coming out that the relationship between Jesus and Mary was not what traditional Christian religions have been telling people for a very long time.
What is coming out, mostly as a result of The Dead Sea Scrolls and several other “lost” books of the Bible – the ones that were deliberately left out during the creation of the Catholic church – is that Mary was anything but a hanger-on, follower, or a Jesus groupie. The relationship was much more profound, and even more so than just husband and wife.
They were a POWER COUPLE, not worldly power, but spiritual power. And it’s turning out that the story is more incredible than we ever dreamed.
Gloria Amendola is a for real, modern day, initiated Knight Templar and her commandery is in Rennes le Chateau, that very unusual and special place in France that it dedicated to Mary Magdalene.
We talked about what it is that so unique about Rennes le Chateau, a brief overview of the Templars, how it was that Gloria came to study this topic, as well as her intuited information from Mary Magdalene about Mary's real relationship with her partner, Jesus.
Related Websites:
http://www.Gloria-Amendola.com
Amazon for Gloria's Books. Go Here. 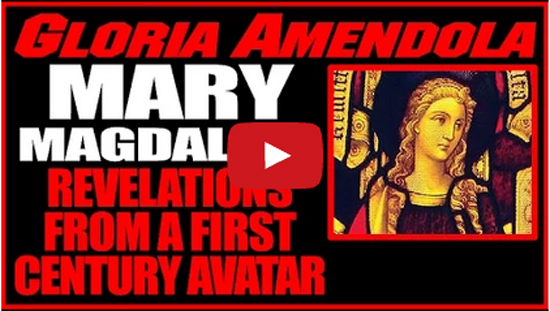