Robert W. Sullivan IV talks about his new book, “The Royal Arch of Enoch” with Scott Teeters, on Far Out Radio. Robert W. Sullivan the 4th is back for another visit. Rob was with us in March, April, and May to talk about his fun book, “Cinema Symbolism.” It is nothing short of AMAZING how much symbolism there is in films such as The Matrix, Star Wars, Back to the Future, The Wizard of Oz, Lord of the Rings, and so many more. The book will inspire you to go back and revisit many of those oldies, but goodies for another look-see.

Tonight we’re going to look into the mysterious world of Masonry. Rob is a 32nd degree Mason and has written the book, “The Royal Arch of Enoch: The Impact of Masonic Ritual, Philosophy, and Symbolism.”
A book such as this would have been unheard of 200 years ago. Freemasons were “secret”, sort of. They weren’t “not” known about, but you had to seek them out. And members didn’t say much about the Masons to non members. My father was a Mason, and he never talked about it. So I knew next to nothing about the Masons. I once saw a bumper sticker that read, “2 NO 1 ASK 1” followed by the Masonic compass and square.
If you are attentive, you will sometimes see a man wearing a Masonic lapel pin or a Masonic ring. Masons have coded expressions, such as, “Are you a traveling man?” There are Orders and Rites, Lodges and Shrines, Degrees that consist of 1st Degree Entered Apprentice, 2nd Degree Fellow Craft, and 3rd Degree Master Mason. Then there are secret initiation rituals that some have written about that sound rather ominous.
There have been 14 American presidents that were Masons. George Washington was the first and Gerald Ford the last. There are numerous paintings and illustrations showing Washington wearing his Masonic apron.
And there’s a conspiracy theory that says that the Freemasons or Illuminati designed the layout of Washington DC. The city's street layout was designed by Pierre Charles L'En-fant, a French-born architect appointed by George Washington and Thomas Jefferson to design the city. And there’s an amusing story about Pierre and his Masonic initiation.
So, should we be surprised that there is a swirl of mystery, half-truths, confusion, legends, and conspiracy theories spinning about the Masons? One thing is for sure though. It is endlessly fascinating. And I suppose if you are super curious, JOIN us.
Robert W. Sullivan the 4th, is an author, lawyer, historian, theologian, philosopher, and 32nd Degree Mason.
Thanks for listening!
Related Websites:
http://www.FarOutRadio.com
http://www.RobertWSullivanIV.com
https://www.facebook.com/FarOutRadio
https://twitter.com/faroutradio
You can enjoy Robert W. Sullivan’s previous visits on Far Out Radio here… on YouTube.
“The Royal Arch of Enoch” is available here… on Amazon. 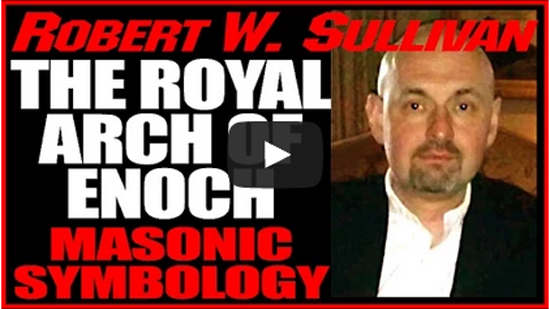