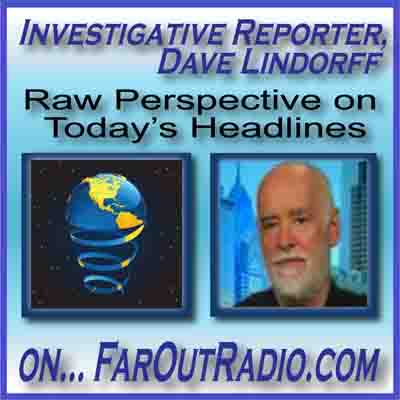 Listen HERE. Investigative Reporter Dave Lindorff joins the program for his perspective on today's recent headlines from the Bradley Manning verdict to the heat up of the crisis in Syria and more.

This program, Dave and I talk about the recent Bradley Manning verdict. Dave starts a recent article on the subject with these words,"The military judge in Pvt. Bradley Manning's kangaroo trial has announced his sentence, but right now I’m thinking about another soldier: William Laws Calley." We also touch on the crisis in Syria and all the power parties that are in play. These headlines and more as we dig deep into the insightful, informed, wisened mind of the one and only Dave Lindorff.

Veteran investigative journalist Dave Lindorff is author of four books including the recent,The Case for Impeachment (St. Martin's, 2006). His stories have appeared in such diverse publications as The Nation, Mother Jones, Businessweek, Treasury & Risk, Rolling Stone and Salon.
A two-time Fulbright Scholar to China and Taiwan, he is fluent in Chinese and spent five years as a correspondent in Hong Kong for Businessweek and was county government bureau chief for the Los Angeles Daily News.

Dave Lindorff's distinctive perspective and reporting skills are worth following on a regular basis.

His work can be found and followed at www.thiscantbehappening.net.

Dave Lindorff's books may be found on Amazon, HERE.