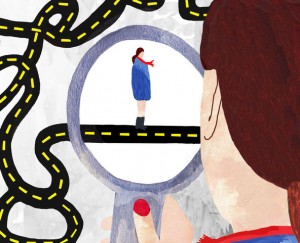 Jane Brody reviews a memoir with a Twist

By JANE E. BRODY of the New York Times.  Every so often an especially insightful book prompts me to reflect on or change my behavior, attitudes or both. Years ago, after reading “Type A Behavior and Your Heart” by two San Francisco cardiologists, Dr. Meyer Friedman and Dr. Ray H. Rosenman, I learned to reduce stress and hostility by cramming less into my days and allowing adequate time to accomplish whatever I had to do.

I just read another book, newly published, that could help many of us cope with life’s inevitable obstacles. It is “The Gift of Adversity,” by Dr. Norman E. Rosenthal, 63, the psychiatrist who first described seasonal affective disorder and how to treat it with light.

The book is a kind of memoir with a twist: a series of autobiographical stories with life-changing lessons gleaned from nearly six decades of challenging events he and others experienced. Instead of stumbling blocks, the events became opportunities to step in more positive and productive directions.

Each of the 52 short chapters is followed by a life lesson or guide that can help people reorient their approaches to life.

The popular aphorism, “When life gives you lemons, make lemonade,” could define Dr. Rosenthal’s learned route to a well-adjusted life. Everyone knows the cliché, of course, and people often rise above adversity to great heights. But sometimes we need a push in the right direction.

The book’s titular message — that adversity can be a gift — is especially relevant now, as millions of Americans who have lost jobs struggle to reinvent themselves. After 20 productive years as a researcher at the National Institute of Mental Health, Dr. Rosenthal felt he was essentially forced out by new leadership.

“This kind of thing happens to many people in all fields,” Dr. Rosenthal wrote. “Sometimes you need to accept that it’s time to move on — and to do so.” And so he did, becoming an independent clinical researcher, private clinician and, perhaps most important of all, an author of science-based nonfiction written in an entertaining and accessible style.

In an interview, he offered this message to people in midlife who have lost jobs: “Accept the situation and view it as part of a national trend, not a reflection of your personal worth. Reach within yourself to see what else you can do, what you value, then cultivate it. There are lots of opportunities out there, skills you can upgrade, and new skills you can master.”

He cautioned against comparing oneself to others more fortunate, which can lead to depression. He suggested that older job seekers emphasize their advantages over the young: wisdom, judgment, interpersonal skills and experience, all of which can foster creative thinking and effective teamwork.

The moral of his departure from the institute: “Look within to gauge your worth rather than depending on institutions or the opinions of others, for institutions rise and fall and fashions come and go, but a good sense of your own value will see you through life’s ups and downs.”

It is a lesson I had to learn midcareer, when my confidence was nearly shattered. At the time I worked under an editor who disliked me or my work — or both. He repeatedly ripped my copy to shreds, leaving me in tears and wanting to quit.

But before I relinquished what to me was the best job in the world, I figured out a strategy that worked: writing articles edited by others. Soon after, the editor moved on, and I returned to writing what I and my readers enjoyed.

The point: often faith in oneself prevails over temporary obstacles.

True, sometimes we have only ourselves to blame for these obstacles. Yet mistakes, if dwelled upon, can easily erode a person’s ego. My late husband once told me he remembered every mistake he’d ever made, which may have contributed to his propensity for depression.

“Mistakes are our best teachers, so don’t waste them,” Dr. Rosenthal wrote. “Acknowledge them, learn from them, and become more competent because of them.”

One of my most serious personality flaws is a tendency to speak critically before thinking about the potential impact on others. Then I fret, knowing that I have unwittingly hurt or insulted people I care about.

In addition to trying harder to stop myself and think before I speak, I now apologize for my hurtful actions or ill-chosen words in a timely fashion and, as Dr. Rosenthal put it, “take responsibility for an injured relationship and mend it.”

Sensitivity to the feelings and needs of others, Dr. Rosenthal pointed out, involves “skills that are best learned early — notably, empathy, responsibility and kindness.” He urges parents to teach their children the value of fairness, reciprocity and generosity.

Dr. Rosenthal’s approach to life changed at the age of 24, when, in his native South Africa, he was stabbed and nearly killed in a random act of violence.

“I looked death in the face,” he said, “and when I survived and recovered, I never felt more alive. I savored every moment of every day.” His youthful brush with death, he said, “shaped my entire thinking about what’s important.”

It also shaped his attitude toward death. “Most of us dread the prospect of dying, including me,” he wrote in the new book. “But sometimes, when the fear arises, I say to myself, ‘It’s a test that nobody fails. So you’ll pass it too.’ Accepting death lets you turn your attention to how you can defer the date and make best use of the time you have.”

This article was originally published in the Personal Health Section of the New York Times.