Merrell Fankhauser's professional musician career goes all the way back to the days of Southern California Surf'n music in the early 1960s. As a child of the 1950s, Merrell was fascinated with UFOs, it's a subject that's always been with him. In the late 1960s Merrell used to see college kids along the cliff near Malibu out at night, watching the "lights" going into and out of the water off the coast.
Native American Indians claim that there was once a large city off the coast of Malibu that was inhabited by people from Lemuria, or Mu. They believe that the lights people have been seeing for centuries have something to do with the ancient city under the sea.
Many years later, Merrill was given a recording of sounds captured by a former military Ham Radio operator of sound signals coming off the coast of Malibu. The sounds captivated Merrell and and inspired him to create music to go along with the haunting sounds. The end result is a new music CD titled, "Signals From Malibu." We played a little clip of one of the songs in the last segment.
Thanks for listening.
Related Websites:
http://www.FarOutRadio.com
http://www.merrellfankhauser.com/frames.html
https://www.facebook.com/merrell.fankhauser
https://www.facebook.com/FarOutRadio
https://twitter.com/faroutradio 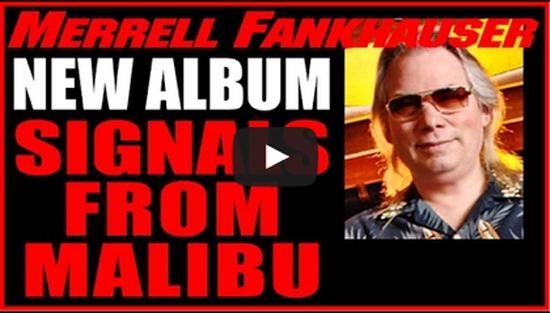