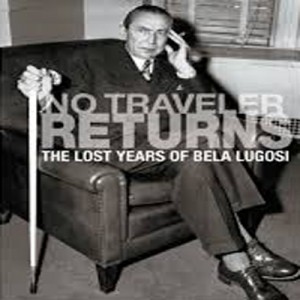 Bill Kaffenberger, co-author (with Gary D. Rhodes) of No Traveler Returns: The Lost Years of Bela Lugosi.  joins us this program to share the extraordinary truth about one of his favorite and very unique monster actors. Bill shares,” I grew up in the era when Shock Theater and horror movie hosts first came to prominence on television in the late 1950s.  After seeing “Scared to Death” on a local TV station, I instantly became a fan of Bela Lugosi specifically and old fashioned “monster pictures” in general. From that start my interest in classic 1930s and 1940s films also developed.” In his book, Bill shares  quite a few surprises that he believes will satisfy the Bela Lugosi fans in particular and classic horror film buffs in general.

Bill says, “During 2010, due to the quantity and quality of new information about Lugosi’s career that I was finding, I started my first real blog, Bela Lugosi: The Nomad Years and began publishing some of the information I had found.  Still in touch with Gary, he invited me to write a series of magazine articles with him, incorporating some of the new found data about Bela.  That soon morphed into an idea of writing another book about Lugosi.”

—You can enjoy more information about Bill Kaffenberger Here. You can purchase his book, No Traveler Returns: The Lost Years of Bela Lugosi, Here.