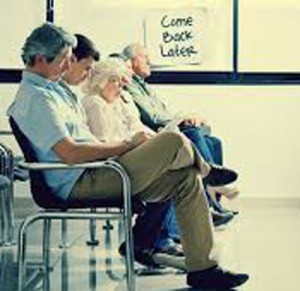 by Andrew Couts  as republished from Digital Trends.  It’s been one full week since the flagship technology portion of the Affordable Care Act (Obamacare) went live. And since that time, the befuddled beast that is Healthcare.gov has shutdown, crapped out, stalled, and mis-loaded so consistently that its track record for failure is challenged only by Congress.

The site itself, which apparently underwent major code renovations over the weekend, still rejects user logins, fails to load drop-down menus and other crucial components for users that successfully gain entrance, and otherwise prevents uninsured Americans in the 36 states it serves from purchasing healthcare at competitive rates – Healthcare.gov’s primary purpose. The site is so busted that, as of a couple days ago, the number of people that successfully purchased healthcare through it was in the “single digits,” according to the Washington Post.

We, the taxpayers, seem to have forked up more than $634 million of the federal purse to build the digital equivalent of a rock.

The reason for this nationwide headache apparently stems from poorly written code, which buckled under the heavy influx of traffic that its engineers and administrators should have seen coming. But the fact that Healthcare.gov can’t do the one job it was built to do isn’t the most infuriating part of this debacle – it’s that we, the taxpayers, seem to have forked up more than $634 million of the federal purse to build the digital equivalent of a rock.

The exact cost to build Healthcare.gov, according to U.S. government records, appears to have been $634,320,919, which we paid to a company you probably never heard of: CGI Federal.  The company originally won the contract back in 2011, but at that time, the cost was expected to run “up to” $93.7 million – still a chunk of change, but nothing near where it apparently ended up.

Given the complicated nature of federal contracts, it’s difficult to make a direct comparison between the cost to develop Healthcare.gov and the amount of money spent building private online businesses. But for the sake of putting the monstrous amount of money into perspective, here are a few figures to chew on: Facebook, which received its first investment in June 2004, operated for a full six years before surpassing the $600 million mark in June 2010. Twitter, created in 2006, managed to get by with only $360.17 million in total funding until a $400 million boost in 2011. Instagram ginned up just $57.5 million in funding before Facebook bought it for (a staggering) $1 billion last year. And LinkedIn and Spotify, meanwhile, have only raised, respectively, $200 million and $288 million.

Government has a long history of spending money unnecessarily. But in an age when the U.S is home to the world’s largest, most successful Internet companies, how is it possible that we can’t even manage to build a functional website without blowing through hundreds of millions of dollars?

The best answer I’ve found comes from the Department of Better Technology, a private company that builds software for governments – a competitor, in other words, to CGI Federal, which specializes in building software solutions for major industry sectors including defense, energy and environment, financial and, of course, healthcare. Still, biased though it may be, the argument makes a lot of sense.

As one of the company’s authors wrote in a recent blog post, the failure of Healthcare.gov isn’t because the people in our government are inept mouth-breathers who regard the work as a meaningless burden, but because the factors that play into which companies receive government contracts, a process called “procurement,” are fundamentally broken.

“Contracting officers – people inside of the government in charge of selecting who gets to do what work – are afraid of their buys being contested by people who didn’t get selected,” writes the author. “They’re also afraid of things going wrong down the line inside of a procurement, so they select vendors with a lot of ‘federal experience’ to do the work.”

When things still go wrong, they simply throw ‘more money at the same people who caused the problem to fix the problem.

And when things still go wrong, they simply throw “more money at the same people who caused the problem to fix the problem.”

Considering the frustrating bunch we have in Congress at the moment, this assessment seems particularly believable.

Unlike some Americans, I actually want the Obamacare exchanges to succeed. I’ve given the state-specific options a try (there are 15 of them, including Washington D.C.’s) and they seem to greatly simplify the process of buying healthcare. And the rates do appear to come in far lower than what many people without health insurance from an employer have had to bear until now. It’s not government-run healthcare. There are no death panels. And, from what I can tell, the world will not end if more people have health insurance – quite the opposite, in fact.

What I cannot stand is a nation that has vast technological resources in its citizenry spending $600 million of our collective money to slap together a product that, thus far, has only managed to waste people’s precious minutes. So the next time our government comes up with any bright idea that relies upon a massive website, let’s all be sure to ask how they plan to build it. Because the standard operating procedure at the moment is just plain sick.

Staff Writer for Digital Trends, Andrew Couts covers a wide swath of consumer technology topics, with particular focus on the intersection of technology, law, politics, and policy. Prior to Digital Trends, Couts served as associate editor of TheWeek.com, executive editor of COEDMagazine.com, assistant editor of Maxim magazine, and writer/editorial assistant of Stuff magazine. In his few moments spent away from a computer, Couts can be found hiking with his dog, or blasting around on motorcycles. Twitter: @andrewcouts | Email: acouts@digitaltrends.com