Robert W. Sullivan IV talks about his new book, “The Royal Arch of Enoch” with Scott Teeters, on Far Out Radio.

Topic: Part 2 of our conversation about Rob's book, "The Royal Arch of Enoch – The Impact of Masonic Ritual, Philosophy, and Symbolism.” How often do you get to hear a 32nd degree Mason talk about the Masonic symbology? Ahh, not many. And there was a time when in order to even hear about these kinds of things, you had to become a Mason. One of the Masonic slogans is, “To know one, ask one.”
Specifically we'll be covering Dr. John Dee – master spy. Queen Elizabeth's adviser, a visionary of his time, considered the most brilliant man of his time and the man that saw the restoration of the Court of Arthur and Arthur's colonies as the New World – America, and that America would be the New Atlantis. Dr. Dee also envisioned and coined the expression, The British Empire.
Some modern writers have compared Dr. John Dee to Gandalf the Gray in the Lord of the Rings Trilogy. There's also a connection between Dr. Dee and the James Bond 007 character from Ian Flemming's series.
Rob also talked about The Book of Enoch as fundamental to the foundation of Masonic thinking.
Thanks for listening!


You can enjoy Robert W. Sullivan’s previous visits on Far Out Radio here 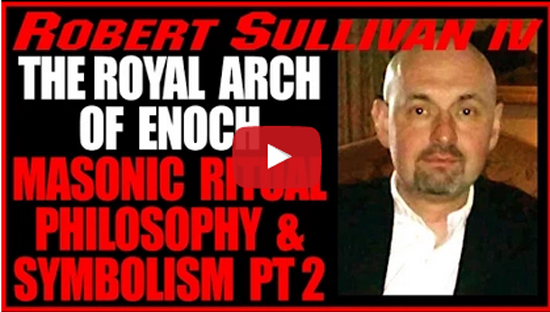