Reinvent Yourself! Discover a new evolution of thought. 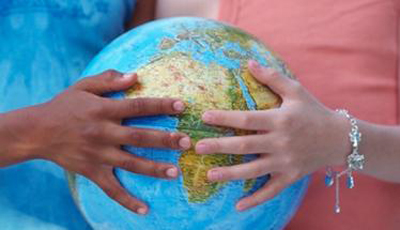 I’m convinced that all we need is courage, and all we need to gather the courage is a model, a template, a contemporary example, a here-and-now sample of how life could be lived in a new way. In short, someone to inspire us.

That’s where Barbara comes in. Eighty years of age at this writing, she feels that she and we are just beginning, that humanity is going to break through, not break down, and that we are ready to set aside our old patterns and old beliefs and old ways of being as we invent a New Human.

Barbara sees this as part of the natural evolutionary process of all sentient beings. And she believes that there is a natural Place in Time when conditions are perfect for all such beings to launch a new way of living. It is the fulcrum. It is the apogee. It is what Malcolm Gladwell calls the Tipping Point…..

Amidst all the anxious wondering, worried predictions, and negative speculation of many around the globe who saw 2012 as an Ending, you and I are being urged by all the forces and energies of the Universe to see it as a Beginning—as Barbara sees it. Indeed, Barbara calls it “a birthing.”

How has she come to this point of view? Is it realistic? Could it be true?

The answer is that the life of Barbara Marx Hubbard includes a series of spiritual encounters—three of them, to be exact. And in her case, she paid attention.

As we mature, we, too, will pay attention. We will not only be able to acknowledge the existence of the part of our being from which such wisdom flows—what we might call our Higher Self—but we will also be able to communicate with it, receive guidance from it, and relate to it in a way that changes our lives forever.

Do we—you and I—really have a role to play in the process of that spiritual maturation? For ourselves and for our planet? And will we truly be able to co-create a new world, and a new way of living in our world, following the “end of history” in 2012?

The answers that were given to Barbara may be the answers that can be given to you. Not all such spiritual answers come in visions or dreams or meditations. Some spiritual encounters come to us in very ordinary ways—like reading books.

So dive right in. Rediscover yourself.

And all of us.

Neale Donald Walsch is a modern day spiritual messenger whose words continue to touch the world in profound ways.