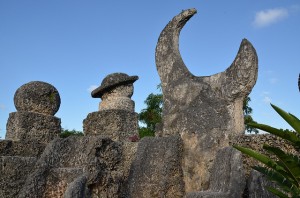 Coral Castle Researcher and Author, Joe Bullard joins FarOutRadio with Scott Teeters this program to delve deep into the mystery of Coral Castle in Florida. The castle was built in the early 1900’s and yet is reminiscent of older archeological finds in Europe such as Stonehenge. Scott and Joe discuss intriguing evidence left behind by the Castle’s creator, Ed Leedskalnin.

Modern engineers can only loosely speculate, and yet still today, can not verify the true building methods used. Ed Leedskalin was able to utilize a forgotten skill and never told a soul about his secret engineering methods. Some of the stones Leedskalnin carved at Coral Castle weighed as much six tons, yet he was said to have moved them there himself, and witnesses claim to have seen him levitating the stones like balloons.