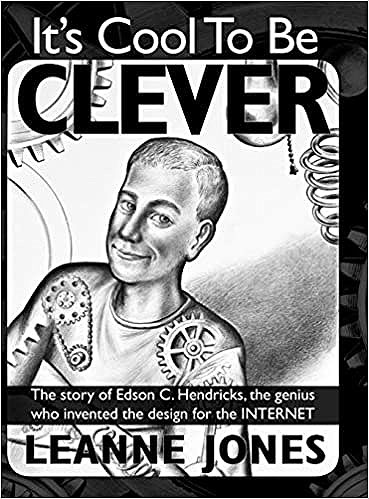 Leanne Jones and Edson were very good friends and Leanne is the author of Edson Hendricks life story, titled, “It’s Cool to Be Clever: The Story of Edson C. Hendricks, the Genius Who Invented the Design for the Internet”, and is available HERE. The book is a delight to read and the illustrations by Anna Mah are sweet. END_OF_DOCUMENT_TOKEN_TO_BE_REPLACED

Al Satterwhite is back with us this evening.

Dateline: 6.7.16 – Al is a master photographer and was with us last year to talk with us about his then-new photography art book titled, “Hunter S. Thompson, The Cozumel Diary.” Al’s master files of negatives are a virtual treasure trove of our times. He’s photographed SO MANY interesting people.

Since Al’s last visit, he’s found a bundle of gems that he’s making into another special, limited edition photography art book.
The subject is, the one and only, The Greatest, Muhammad Ali. So, for our younger listeners, you might be wondering, why was Muhammad Ali so important that a special limited edition book would be produced?

I was only 10 years old in 1964 when a young, brash, 1960 Olympic Gold Medal winner for boxing, named Cassius Clay, won the World Heavyweight Championship against ALL ODDS, defeating Sonny Liston (a frightfully tough boxer with the nickname, The Brown Bear)
It was stunning!

Cassius Clay had electrified professional heavyweight boxing like no one before or since. He was like the Elvis Presley of boxing – a man with genuine charisma. END_OF_DOCUMENT_TOKEN_TO_BE_REPLACED

More Far Out Radio Mood Music – "By the Pool" by Jingle Punks!

After several years of inquiries about the music I use on my Far Out Radio program, I decided to make videos of the music we use from the YouTube library of ROYALITY-FREE music.

YouTube wants us to make videos, but Copyright infringement is an issue, so they make it easy for us. To access their Library of free music

END_OF_DOCUMENT_TOKEN_TO_BE_REPLACED

Group Consciousness & The Procession of the Equinoxes

Our metaphysical pal, Bob Frissell is back for another installment of our ongoing converastion about The BIG SCREEN Metaphysical Picture of Life."

If you enjoy mind-bending, head scratching things to think about, ponder, and consider, the arena of metaphysics can really take you to some strange places. When Bob was last with us on February 12, 2016, we were talking about Life before and after enlightenment, and the slippery nature of Time as the foundation of our experience of Life.

Not only do our lives reflect our decisions, but we are part of a much longer story that stretches out way, way beyond the span of our individual lives. And just like our lives seems to have cycles, so does the Cosmos. END_OF_DOCUMENT_TOKEN_TO_BE_REPLACED

Heather Callaghan's passion is for natural health and wellness.

Her website, NaturalBlaze.com is warehouse of health and wellness news and information, not found in the mainstream media. Every day her newsletter delivers a fascinating assortment of information that you can use to feel better and have more vitality of life.

Thanks for watching! – Scott