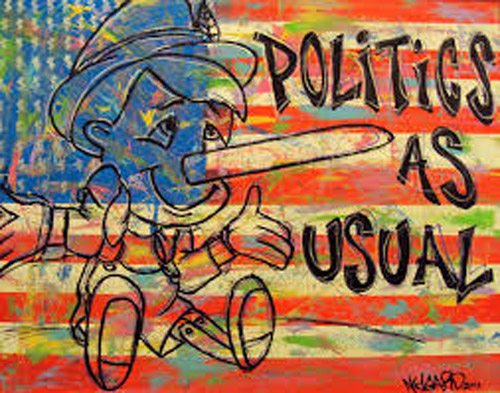 The American people are increasingly waking up to the fact that nothing ever seems to change in Washington D.C. no matter which political party is in power.  In fact, as you will see later on in this article, an all-time high 53 percent of all Americans believe that neither party "represents the American people".  Over the past several decades, we have sent a Bush, a Clinton, another Bush and an Obama to the White House, but the policies coming out of Washington have remained pretty much the same the entire time.

The mainstream media would have us believe that the Republicans and the Democrats are constantly fighting like cats and dogs, but the truth is that the Republicans want to take us to the same place that the Democrats want to take us – just a little more slowly perhaps.  And behind the scenes, Republicans and Democrats have a good time with one another and they are ultimately controlled by the same set of oligarchs.  The Americans people are really starting to recognize what a sham our system has become, and the numbers show that they are quite fed up with it.