The Shift of Ages for Spiritual Consciousness by Bob Frissell 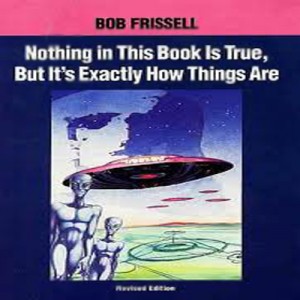 By Bob Frissell, author of Nothing In This Book Is True, But It’s Exactly How Things Are, 15th Anniversary Edition

For thirteen thousand years we have been in separation. We see everything as polarized—as good or bad, up or down, hot or cold. We judge everything that happens. The very act of judgment keeps us in this mode of perceiving.

As an example of this separate way of looking at life, if your body gets cold you think of a fire or a heater; you think of something outside yourself. This has led to our increasing dependence on technology.

We become weaker when we keep giving away our power to technology—that is, to external objects. We then become dependent upon these objects and soon get to the point where we can’t do anything for ourselves.

Oneness does not understand this. It doesn’t know what “needing anything” means. Aboriginals, who remain in unity-consciousness and other indigenous people do not know what “need” means; whatever they need just appears because they are in harmony with Nature.

If we really knew, we could just think the thought “warm” and it would be so. We have the capability of changing anything in the reality from within. Many of us feel that we are just people with no power and no say regarding how things are in creation. The larger truth is that we can change anything in our environment under certain circumstances—when we are in Unity and not in separation. The Spirit of God can move right through you.

Sixteen thousand years ago, while on Atlantis, we violated galactic law. After a disagreement about how to handle an approaching comet—the remnants of which are scattered throughout four states—the descendants of Martians decided to separate from the Atlanteans. They created a powerful energy field that went totally out of control, and nearly destroyed the earth. We were on a very high level of awareness at the time, far beyond where we are now, but by committing this illegal act we fell many dimensional levels until we landed in this dense aspect of the reality.

There are no accidents, however. In the cosmic scheme of things, this “fall” was necessary in order to allow for a greater possibility. We are now about to leave this place of separation and return to unity-consciousness. The whole world is. We have only a short time left before we will no longer be in separation. This is not going to be happening someday, it is happening now.

All dimensional levels of this world are here and present right now and interlinked. The only difference between dimensional worlds is their wavelengths. Wavelength is the key to the entire universe.

Dimensions are separated from one another by wavelength in exactly the same way as the notes are on a musical scale. Any octave on the piano has eight white keys and five black keys, which together give its player the chromatic scale. The thirteenth note is actually the first note of the next octave, and these octaves keep repeating themselves in either direction. In between each note and the next are twelve harmonic, holographic points; in dimensional terms these are the overtones. That makes 144 dimensions in the octave.

There is a void between dimensions. Each dimension is also separated from the others by a 90-degree rotation. If you could change wavelengths and rotate 90 degrees, you would disappear from this world and reappear in whatever dimension you were tuned to. This planet has many different worlds; they are all right here, but our consciousness is tuned to one particular wavelength.

For example, if we were to go up one level, which we are in the process of doing, we would find that whatever we think, as soon as we think it, instantly manifests. We would also be in light bodies.

THE PRECESSION OF THE EQUINOXES

The Earth’s spin axis, in addition to being tilted 23.5 degrees, wobbles. This change in position causes the equinoctial points to regress one degree every seventy-two years; it changes the viewpoint of one zodiacal constellation every 2160 years, making one complete revolution every 25,920 years.

Seen from the North Pole, the axis traces an ellipse. At “perigee” on this ellipse we are closest to the center of the galaxy; at “apogee,” we are farthest away and moving in a counter-clockwise direction. Our consciousness is directly related to this aeonic movement. As we move toward the center of the galaxy we wake up; as we move away from the center we fall asleep. From a tiny wobble we literally shift dimensional levels, stepping not only into brand new worlds but also into a completely different way of interpreting the one reality. Simultaneously, great physical changes occur, no less than the poles shifting, i.e., the planet turns over in space.

It is not at the two points closest and farthest from the center of the galaxy where this shift happens, but rather at two points nine hundred years removed from each of them.

We sit now right at the turning point of beginning to move back toward the center of the galaxy and start waking up. At 180 degrees opposite the last shift, the next one is imminent.

Though there has been great fear over the coming changes—certain groups of people building shelters and storing food, fearful that land masses are going to be sinking—that may not happen this time; it may be a more gentle ride. The speed at which we are evolving is changing everything. We are moving so quickly that a whole new possibility never before dreamed of is emerging. For a complete understanding, please see Nothing in This Book Is True, But It’s Exactly How Things Are.

Comet 17P/Holmes shocked astronomers on October 24, 2007, with a spectacular eruption. By mid-November the expanding comet was the largest object in the solar system—bigger even than the Sun. Since then, the comet has faded back to invisibility.

This exploding “Blue Star” was the fulfillment of a two hundred- year-old Hopi prophecy, opening a seven-year window, putting us in the “end times.” The Mayans are in complete agreement with the Hopi, as both are conscious survivors of Atlantis. They both hold the memory of the Earth for the past twenty-six thousand years.

This means that sometime between now and 2015 or so, we are very likely to experience changes almost greater than our ability to imagine: a physical pole shift, along with a consciousness shift into the fourth dimension. The exact date, according to the Mayans, will almost certainly not be December 21, 2012; rather, it will happen sometime in this seven year window.

The Mayans remember the last shift, along with the one twenty-six thousand years ago. They say there are certain internal changes we must make in order not only to survive, but also to rise to the next level. The keys, they say, are to stay out of fear, to be calm and balanced, and to be in the heart. They say Mother Earth knows the vibration of the heart and that she will protect you through these times.

KUNDALINI AND THE BIRTH OF THE UNITY GRID

Since the dawning of the new millennium, two events have occurred that are changing everything. The first is the movement of the Earth’s Kundalini, which happens every thirteen thousand years and is tied to the precession of the equinoxes.

The Kundalini, is related to the Earth’s spiritual growth process. Every time it moves it has a new vibration, which in turn takes us to a new level of consciousness.

The second major event was the birthing of the new grid in January 2008. A grid is a geometrical electromagnetically shaped “fishnet” about sixty miles above the globe, encircling the entire planet. Each of the earth’s approximately fourteen million species has its own grid; humankind has three, one for each level of consciousness. The conception of the new grid began 13,200 years ago. The recent birth of the completed grid lasted about one month, with the assistance of Polynesian elders.

The Unity-consciousness grid has been fully formed and birthed. It is now alive and conscious; it is a living energy field around the Earth, and this changes everything. Mother Earth has made a conscious decision to move into the higher overtones of the fourth dimension.

These two events have put us into a different potential world. We are now in a heart-based energy field; when you connect to it, a new possibility opens up. This means that our spiritual acceleration will quicken dramatically—there is nothing left to stop it.

It also means that within the next seven years or so (from October 24, 2007), the entire cycle that we are now will disappear in a single day. In its place a whole new world will be birthed, one based not on the mind, but rather on the heart. We are right on the edge of the emergence of this world. Everything is in place; the Kundalini has moved, the grid is alive. Yet most of the world continues in its old pattern, thinking this is the way it will be forever, hardly imagining that something incredible is about to occur.

This is a time of great celebration as we move out of the darkness and into the light. It means that the veils will be lifted, we will remember and live our intimate connection to all life, we will be allowed to reunite with our cosmic brothers, and to move about the Universe. We will completely redefine what it means to be human!

BOB FRISSELL, regular guest on FarOutRadio, is a master rebirther and teacher of thirty years, whose books are regarded as underground spiritual classics. In addition to Nothing in This Book Is True But It’s Exactly How Things Are, he is the author of Something in This Book Is True and You Are a Spiritual Being Having a Human Experience. His books are published in seventeen languages and are available in more than thirty countries.

Bob has been a featured speaker at The Global Congress of Spiritual Scientists in Bengalore India, the 4th Annual Symbiosis Gathering at Yosemite, The Prophets Conference in Tulum, and many New Living Expos. He has also appeared on numerous talk shows, including The Jeff Rense Program and has been a three time guest on Coast to Coast AM. He has presented his workshops throughout North America and Europe.

He was trained by Leonard Orr, the rebirthing pioneer, and by Drunvalo Melchizedek, the originator of the Mer-Ka-Ba and Unity Breath meditations. He gives private rebirthing sessions along with his two workshops: “The Breath of Life (Rebirthing and Emotional Healing)” and “The Flower of Life (Sacred Geometry and the Mer-Ka-Ba).” He lives in Sonoma, California, and can be contacted via his website, www.BobFrissell.com.