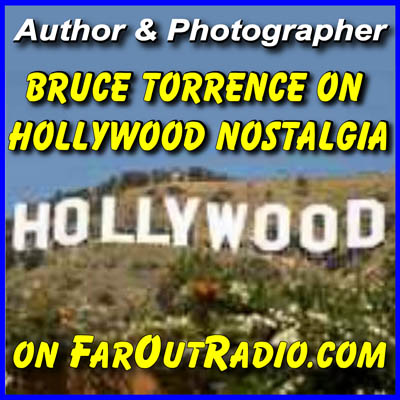 Photographer, author, and historian Bruce Torrence. In 2012 Bruce co-authored the book, “Hollywood Canteen – Where The Greatest Generation Danced With The Most Beautiful Girls in the World” (what a great title!) with Lisa Mitchell, and published by BearManor Media.

He has amassed the largest single collection of vintage Hollywood photographs that spans from 1880 to 1990 and newer. His website, http://www.HollywoodPhotographs.com is beautifully organized and more fun than a Marx Brothers film.

When we think of “Hollywood”, mental images of mansions, stars, big cars, big studios, glitz, and glamor easily come to mind. But it wasn’t that long ago when the area we now call Hollywood was raw, undeveloped land. In fact, modern Hollywood was originally a development called, “Hollywoodland.” 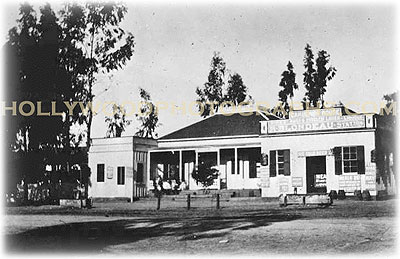 Special thanks to Bruce Torrence for the above photo. For MANY MORE great images, visit http://www.HollywoodPhotographs.com today! Or, just click the above image.

The film business began in Bayone, New Jersey and Chicago in the early 1900s. But it didn’t take long for those early moviemakers to discover that cold eastern and Chicago winters were NOT conducive for making movies. The first film company to relocate to the Los Angeles area was the Nestor Film Company, of Bayone, New Jersey in 1911. The owners rented the Blondeau Tavern for just $30 a month and converted it into a movie studio.  They used the corral for horses, the barn for props, and the house for dressing rooms and offices. By 1915, fifteen other film companies moved to Los Angeles and the film industry was born.

With perfect year round weather, film companies were able to continuously make movies. The only thing limiting the number of films was imagination and money. And neither were in short supply.

Go to http://www.HollywoodPhotographs.com and look for the “Search Photos by Category” dropdown. Pick a topic, click the “GO” button, and ENJOY!