We have a new guest for you this program. His name is Reverend Michael JS Carte. He a former professional actor and worked in New York City for 27 years before moving to Asheville, North Carolina. He’s an ordained Interfaith Minister, has a Masters Degree in Divinity, and worked as a chaplain in numerous hospitals in The Big Apple.
Michael has written articles for UFO Magazine, Alien Encounters, The MUFON Journal, Contact Forum, and many others. He’s spoken at numerous conferences and is a regular consultant on the very popular History Channel program, “Ancient Aliens” and was featured on “The Abduction Diaries” a Steven Spielberg TV documentary that was the prototype for Spielberg’s “Taken” series. (a SERIOUSLY creepy TV series)
When you think of the Holy Christian Bible you think of stories, spiritual guidance, instructions for living a better life, etc. But what most do not think about or consider are particular passages that if looked at in a particular way, seem to be talking about UFOs!
A modern, thinking person when pondering this question, might ask, “If someone from the 1st century AD saw a dirigible, or a helicopter, a plane, jet or especially an ultra light… what would they think??? (that’s AFTER they gathered back their wits – as in “scared out of.”
Well it wouldn’t be much of a stretch, since these machine were coming from the sky (or the heavens) that people seeing these things would think that they had come “from Heaven”… where the angels and God lives. And if they saw someone GET OUT OF, one of these “fiery chariots” would they not be considered “angels”???. As in “God’s messengers?
Reverend Carter has researched this and many other tantalizing aspects of the Bible and other holy books and he’s with us tonight to share some of his insights.
Also, a few weeks ago Reverend Carter was one of the 46 presenters a 3-day, star-studded UFO conference in Joshua Tree, California called, “Contact In The Desert.” If you go to the website, ContactInTheDesert.com you’ll see the list of speakers and a very cool graphic that looks like a movie poster!
It was a true “Who’s, Who” of contemporary UFO researchers, scientists, astronauts, and contactees. And Michael was there as one of the 46 presenters, so we’ll be getting a briefing of the conference.
You can follow Reverend Michael JS Carter at his website, http://www.MichaelJSCarter.com. He also has a short, but powerful book titled, “Alien Scriptures: Extraterrestrials in the Holy Bible” available at Amazon.com in print and Kindle format. The Kindle version is only $3.82! You can also follow Michael on Facebook, just look up AlienScriptures.
Thanks for listening!
Reference websites:
http://www.FarOutRadio.com
http://www.MichaelJSCarter.com
https://www.facebook.com/AlienScriptures/info?tab=page_info
https://www.facebook.com/FarOutRadio
https://twitter.com/faroutradio 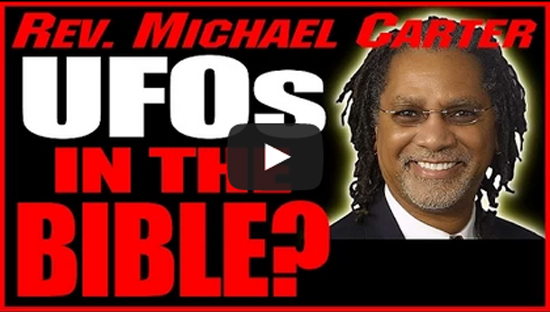