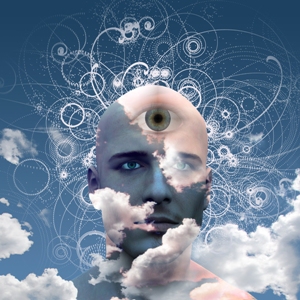 by Nancy Oakes as republished from OmTimes. Today more than any other time in the history of humanity, the inquiry into spiritual realities and the increasingly sensitive search to understand the mysteries of creation is compelling humans forward to obtain the truth. One such search involves the most misunderstood and guarded secret of the elite and of the highest orders on the planet regarding the processes of the pineal gland; and its sacred connection to the spirit realm. Let’s search together and penetrate into the world that we have not been privileged to. One that will lead us to the truth regarding the eye of God, the sixth sense, the sixth Chakra, your spiritual eye, or “THE THIRD EYE.”

The Third Eye is the center of what is called clairvoyant sight, and refers to the higher sense abilities to intuitively see or perceive subtle energies. The 17th-century French philosopher-mathematician René Descartes concluded that the pineal gland was the “Seat of the Soul.” The ancients were aware, and associated the “Third Eye” with the autonomic nervous system, and with governing the pituitary gland, pineal gland, skull, eyes, brain, nervous system and the senses.

It becomes more than ridiculous for humanity to not know the importance of such a powerful gateway in our own bodies, there is obviously more to this mystery.

What Is The Makeup Of The Pineal Gland?

The pineal gland is made up of mostly water, the same material your physical eyes are made of. The water also serves as a conductor with the gland, associated with vibrations and light. The mysterious gland is capable of audio and video, thus imagination, also known as the minds eye, the “Inner Eye.” In the past, certain religious organizations have spoken of the danger of imagination: tell that to the great poets and writers that have gone beyond and created great literary works. This has been another trick of the higher authorities to keep humans from exploring imagination, a natural process. The important aspect to grasp is that the pineal gland is the trans-dimensional transmitter to spiritual realms. The interior of the pineal gland has rods and cones, (cornea, lens and retina) just like our physical eyes. The gland raises your vibration controlling various biorhythms, sleep patterns, of the body. Prana, or pure energy is received through this energy center.

Why has humanity been kept in the dark about this pine cone shaped gland; why are we now at this time becoming privileged to information held secret for eons? Is it possible that those higher powers have realized the mistake they made by withholding this sacred information and knowledge from humankind? Some have suggested that those in power decided to let us in on the mystery of the Pineal gland? I think not, this knowledge never belonged to them in the first place. The highest power of the universe has reminded humanity through our evolution to look within for the gateway to enlightenment. For all those ascended humans who have grown tired of war, inquisitions, greed, pestilence, plagues, genocide, incest, pedophilia, famine, culture and environmental destruction, and the enslavement of humanity by the wealthy and elite, the secret is revealed. Humanity had to be awakened to save not just the planet, but also ourselves.

Throughout ancient history the pinecones have served as a symbolic representation of the Human Enlightenment, the “Third Eye” and the pineal gland. Interesting to note, it takes 49 days for the pineal gland to appear in gestation within the human embryo. Also on the 49th day the differential happens designating a male or female within the human embryo. Forty-nine days is also the time period that the sacred Tibetan documents teach that it takes for the soul to reincarnate into the next life.

Existing three times longer than other flowering plant is the Conifer Pine tree.

The most ancient of plants, the pinecone and its design is found on all indigenous artifacts of every culture around the world. The pinecone its spines and spiral is a perfect Fibonacci sequence in either direction. The “Pine” al Gland, is a tiny pinecone shaped gland in the middle of the brow, behind the root of the nose. Shaped like and named after the pinecone it is at the geometric center of our brain, and is intimately linked to the human body’s perception of light. Known for centuries, and recorded in every ancient religious documents on the planet, from the beginning of time, and by all keepers of indigenous wisdom, mystics, esoteric psychologists, astrologists, numerologists, theosophical doctrines, occultism, Kabbalistic documents, Rosicrucian truths, The Roman Catholic Church, the ancient Greeks, and Egyptians, Hindu, Tibetans, and Buddhists understood the processes of the “The Third Eye.”

Ancient Assyrian palace carvings, dating back to 713-716 B.C. depict four-winged gold-like figures purposefully holding aloft pinecones. Actually depicting the pinecone as pollinating the Tree of Life. The pinecone became the symbol of immortality, and ancient documents depict it in the role as icon of enlightenment.

Powerful Religious Authorities Continue Today To Use The Depiction Of The Pineal Gland In Symbolism?

The Greeks and Romans also incorporated the pine cone into their elaborate systems of religious belief. The Romans later built an enormous bronze sculpture, the Pigna, with the shape of a huge pine cone, at the temple of ISIS in ancient Rome. It now sits in the Vatican Square, within the Court of the Pine Cone. Further atop the staff carried by the Pope sits a pine cone. The Coat of Arms of the Holy See found on the Vatican flag features a stacking of three crowns suspiciously similar in shape to a pine cone. Is perhaps the very name Holy See associated with the “Third Eye?” For centuries conspiracy theorists and philosophers have accused the Catholic Church of using Christianity and Catholicism as a veil to blind the public to true spiritual enlightenment.

The Egyptian Staff of Osiris, dating back to 1224 B.C. depicts two intertwining serpents rising up to meet at a pinecone. (A parallel to the Indian, “Kundalini, a spiritual energy in the body) Remember they recorded this in 1224 B.C. Hindu deities are also interwoven with both literal and symbolic representations of pinecones and serpents. Shiva the most prominent god in the Hindu tradition is consistently depicted with her hair shaped like a Pinecone.

Destruction Of The Pineal Gland

The pineal gland has two small arteries at its base, which has more blood flow per cubic volume than any other organ in the body. Thus the gland has the highest amount of concentration of energy from our body. Calcium, phosphors, and fluoride deposits in the pineal gland have been correlated with aging, but more importantly the damaged done by fluoride to the gland is directly linked to dementia, and Alzheimer disease.

Can We Detoxify And Repair The Damage To Our Pineal Gland?

Yes, begin by avoiding the drinking of water or bathing in water that is laced with fluoride, and by choosing to buy products like toothpaste that do not have added fluoride. Diet changes, may be in order. One example is the damage done and exacerbated by Vitamin K2 deficiency, therefore green leafy vegetables (organic) high in vitamin K2 is recommended. Humanity has been renewed, reconnected to the spirit realms, and “AWAKENED” through the awareness of the “Third Eye.” a sacred gateway to enlightenment.

Nancy Oakes is a member of the Free Cherokee, and an adopted member of the United Lenape Band. Nancy is currently involved in the study of psychology, and cultural anthropology. Her passion is “A humanity free from the addictions of drugs and alcohol. She is also an activist for the Freedom of Tibet, and the preservation of sacred life on this planet. Her first two books will appear soon on amazon.com. The Return of Sophia, Mother of the Universe, and Remembrance, Living in the Fifth World. You can contact her at her email address of nanc.oakes1@aol.com,