Who Are the Jesuits? The Vatican’s Secret Agents or Military Order?, Robert W. Sullivan IV

Robert W. Sullivan IV discusses the Jesuits and his new book, “The Royal Arch of Enoch” on Far Out Radio with host, Scott Teeters.

Topic: The murky roll of the “Society of Jesus,” aka, the Jesuits. Many claim that the Jesuits are the military/religious wing of the Roman Catholic Church. The Jesuits have been connected with the Knights Templar, Dr. John Dee, Scottish Rites Masons, the Illuminati, the French Revolution, and World War II.

Their “official” work is in the areas of founding schools, colleges, universities, and seminaries, as well as intellectual research, and cultural pursuits. Jesuits also minister in hospitals and parishes, give retreats, and promote ecumenical dialog, and social justice.

Are there still Jesuits skulking around behind the scenes of world power? We’ll never know until long after the fact.

Find out more about the history and possible dark side of the Jesuits in this edition of Far Out Radio.

You can enjoy Robert W. Sullivan’s previous visits on Far Out Radio here…https://www.youtube.com/watch?v=-hBgy…


“The Royal Arch of Enoch” is available here…
http://www.amazon.com/Royal-Arch-Enoc… 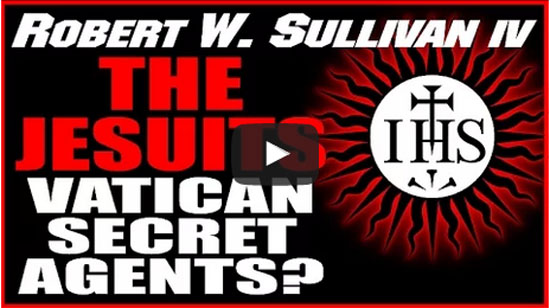