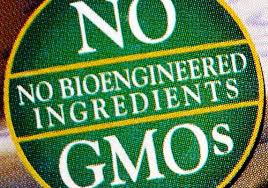 by Jon Rappoport- republished from nomorefakenews.  Here’s a question for you. During the campaign for prop 37 in California, and the campaign for Prop 522 in the state of Washington, the ballot measures to label GMO food, did you see political ads like this:

“Hello. My name is… I’m a researcher with a long track record. I study what’s in your food. I know that Monsanto, the company that puts genes in your food and sells a toxic herbicide called Roundup, which is also in your food, wants Prop 522 to fail. They don’t want you to know what’s in your food. I’m willing to debate Monsanto anytime, anywhere. Their GMOs and their Roundup are toxic, unhealthy. Vote Yes on 522, so you don’t have to eat Monsanto.”

What’s that? Oh, it was those big bad food corporations that donated $22 million to shoot it down. That’s why. I mean, who could have seen that coming? What a shock. Who could have predicted it? Whine, whine, complain, complain.

What did Yes on 522 leaders think was going to happen? Did they think the bad guys were going to reach into their wallets and pull out a few thousand bucks and leave it at that?

And on Democracy Now, David Bronner, who donated the most $$ to Yes on 522, intimated the big-money effort to defeat 522 “was the Republicans.” Wow. That’s the answer?

Obama is the number-one political supporter of GMO food in America. I’ve run it down in previous articles. Appointments of Monsanto people to key posts in government. Opening the door to a parade of GMO crops during his term as President.

I’ve quoted the communication director of Yes on 522, Elizabeth Harter, saying the WA labeling campaign was only about people having the right to know what’s in their food, not about good GMOs or bad GMOs. How weak. How very, very weak. How false.

Following on the heels of Prop 37′s defeat in California, which was “a right to know” wimpoid effort, I was told it would be different in Washington State. Yes on 522 would really go after Monsanto full-bore. The gloves would come off.

Didn’t happen. Wasn’t ever in the cards.

“Oh, but you see, the right to know what’s in your food is just part of a much bigger strategy. For voters (who are stupid and don’t have a clue they’re eating poison), you go soft: you tell them ‘you have a right to know.’ It’s all about waking up the sleeping masses (a little bit). Educating them (a tiny bit).

And this double-barreled brilliance will bring us into port. In the end, we’ll win and Monsanto will go down to crushing defeat.

Spend all the money you have on the labeling initiatives (with two losses now in the books), and then, on a shoestring, get those millions of angry Americans out in the streets against Monsanto and DuPont and Syngenta. I see. Right.

What’s happening is this: huge numbers of Americans are being lulled to sleep by the labeling initiatives. “Yeah, it’s great, people can vote for labeling and that’ll solve the problem. It’s wonderful. The system works. I’ll vote when it comes my time. Meanwhile, zzzzz, I think I’ll take a nap.”

Let me run down the underlying factors here. Start with this: when things have been going against you for too long, when the bad guys (Monsanto) have overrun the field and taken it for their own, when they hold political and economic power, when they’re the insiders, do you say, “Well, we can’t fight them directly and win, we can’t go for the throat and publicize their crimes, we have to soft-pedal it, we have to tread lightly, we have to coexist with them, it’s too late to try to rip away all their victories and territory, we have to go through a different door”?

Analogy: “Look, the government has taken away so many of our freedoms, we can’t just demand all that freedom back, no, we have to start small and easy, we have to ask for the right to label ourselves free and win back the right to cross the street—because it’s too late.”

No. When it’s too late, you go all the way. Now. You show everyone the crimes of the oppressor, for starters. Up front. Immediately.

“You’re eating poison and we can prove it.” Lead with that. Don’t be shy. Don’t tap dance.

Reveal the threat. Right up front. Right away. Lead with that. “You’re eating poison.” Don’t hide behind “right to know what’s in your food.”

“Oh but you see, our polls show voters want a softer message. Polls show and our experts tell us we have to go easy.”

Have you been hiding under a rock? Have you missed seeing thousands of political campaign ads? The negative ads that actually work?

“Oh but you see, we did tell people during the 522 campaign that GMOs aren’t healthy. We did do that.”

Yeah, a few of you did that, way down the line after you broadcast the main theme, which was “right to know what’s in your food.”

“Oh but you see, Americans are in such a deep hypnotic state these days, we have to go soft.”

Really? When people are down in the subterranean caverns of Nod, you’re going to tap them lightly on the shoulder and tell them they have a right to know something? Where did you get that PR gem from?

“Oh but you see, those of us in the trenches working so hard to get these ballot initiatives passed, so we can have labeling…don’t be hard on us. We’re trying. Don’t be nasty…”

I know you’re working yourselves to the bone. I’m talking about your leaders, the ones who are setting the agenda and bankrolling the whole thing. They’re the ones. They’re making all the mistakes. They’re leading with the wrong message. They’re willing to coexist with Monsanto. They’re directing you to say over and over again, “You have a right to know what’s in your food.” Instead of: “Monsanto is poisoning people.”

David Bronner, in that Democracy Now interview, also said the big bioetch-ag companies are afraid of the “right to know what’s in your food” message. Really? It’s been a loser for anti-GMO forces twice now, in CA and WA.

“Oh but you see, we came close in CA, we only lost by a little, and in WA the vote count is showing we’re creeping up closer there, too. And one of these days, we’re going to win one, we’ll win a ballot initiative, and then other states will follow suit and the dominoes will fall in our favor.”

A loss is a loss. And what makes you think you’ll provoke a domino effect before Monsanto achieves a fait accompli and just about all farmland in the US is blanketed with GMO crops and drifting Monsanto genes?

A real campaign against Monsanto is about relentlessly showing people the threat to their health. Putting that front and center. Every day. Overwhelming the mainstream media. Attacking Monsanto head-on.

Polls in New Hampshire show that 90% of voters want GMO labeling. So last week, a legislative committee voted against a GMO labeling bill, and it recommended the full legislature kill it. Does that tell you something?

The fix is in. It’s in on so many levels.

The self-appointed leaders in the Yes on Prop 37 and 522 labeling initiatives have been playing the wrong tune. They’ve been using a feather to knock over a giant.

To all those who have been working for them, who have been laboring for months, for years, to get GMO labeling, and to those who may work for them up the road, I say—demand to meet with them; refuse to work for them unless you get that meeting where everybody has to lay his cards on the table. Demand to know why “you have a right to know what’s in your food” is the leading message and the only out-front message. Make them explain themselves and don’t settle for easy answers. Make them explain why they won’t go after Monsanto with real power in these campaigns, why they won’t nail Monsanto to the wall.

“Oh but you see, we couldn’t do that. You want us to actually meet with the health-food CEOs who are bankrolling the ballot initiatives and question them, question their strategy, raise serious doubts, air it all out, before we work for them? I’ve never heard of anything like that. That wouldn’t be…nice.”

Exactly, and as we all know, Nice is what this whole thing is about, isn’t it? Nice is God. Nice is, well, so nice.

“Oh, but your see, we can’t run ads like that. We could get sued by Monsanto.”

Really? Your 1st Amendment right is trumped by Monsanto, a corporation? If so, let them bring a suit. Run an ad that says, “Monsanto is now suing us for false statements. Bring it on! We’re happy to go into court and prove that GMO food and Roundup have dangerous health effects on you, the people who eat their food. When’s the court date? We’ll be there with our experts. Vote Yes on 522!”

What’s that? Television stations wouldn’t let you run attack ads against Monsanto? Then sue the stations for abridgment of your 1st Amendment rights. And run hundreds of ads on the Web, on sites that residents of WA look at: “Guess what? We’re Yes on 522 and television stations in WA won’t run our ads. They’re scared of Monsanto. They’re shutting down our right to free speech. What are they hiding? These stations don’t want you to know there’s something bad and unhealthy in your food. They don’t want you to have the right to know what’s in your food…”

The author of two explosive collections, THE MATRIX REVEALED and EXIT FROM THE MATRIX, Jon was a candidate for a US Congressional seat in the 29th District of California. Nominated for a Pulitzer Prize, he has worked as an investigative reporter for 30 years, writing articles on politics, medicine, and health for CBS Healthwatch, LA Weekly, Spin Magazine, Stern, and other newspapers and magazines in the US and Europe. Jon has delivered lectures and seminars on global politics, health, logic, and creative power to audiences around the world. You can sign up for his free emails at www.nomorefakenews.com