Your Own Creative Power and No Ceiling 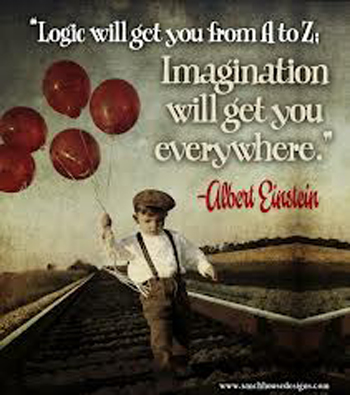 "What Concerns All Of Us at This Time." by Jon Rappoport – originally published on www.nomorefakenews.com.

To a significant degree, all these operations are just that, planned moves. And they do concern all of us, because the scope of the operations is vast.

However, on another level, these ops are designed for the purpose of engaging all of us so that we’ll keep thinking in terms of the group (“all of us”)…and never think about anything else.

If you can tune up the population to keep thinking about the group, the collective, you’ve got them.

Hence, the title of this piece: “What concerns all of us at this time.”

But what about: what concerns NONE of us at this time.

What about what doesn’t even exist at this time?

What about what has yet to be imagined and created?

What department do you contact to find out about THAT?

Well, you can consult DARPA or any number of think-tanks or the CIA, but again, these blueprints of the future involve all of us.

I’m talking about something else:

That discredited and stepped-on and discounted faculty of the individual called imagination which, by the way, is not a container holding shielded secrets, but is instead a capability of invention.

Everything mind control ever was, is, or will be, is ultimately aimed at producing amnesia about that capability. Therefore, when you bring up the subject of imagination, most people just shake their heads and move on. They are clueless about their own astonishing power.

Being ignorant, they are easy marks. They can be cajoled into spending their whole lives thinking about “what concerns us most at this time.”

When I put together my two mega-collections, The Matrix Revealed and Exit From the Matrix, I was cognizant of this. But I also knew there were people out there who were looking for something else, something beyond group concerns that could trap them forever— concerns that build a wall between them and their own creative power.

Creative power—this “little selfish preoccupation,” as it’s been called—is the difference between night and day, civilization and chaos, desire fulfilled and victimhood, life-force and walking death, deception and insight, fierce joy and a sinkhole in which the same emotions go around and around and around.

The reason behind the reason I write about fraud and crime and conspiracy in public life is: I want to expose how reality is being built for us. How perverse designers are constructing a collective mural of existence.

Understanding that, one can begin to see how he can create other realities—without end.

It’s as if we’re living in a huge room with no ceiling and yet we’re behaving as if there is a ceiling 10 feet high. The “10- feet high” is the result of amnesia about our own imaginations.

The purpose of the collective is destruction of imagination.

But imagination can never be destroyed. All individuals can do is force themselves to stay asleep about it.

Or decide to wake up.

The author of two explosive collections, THE MATRIX REVEALED and EXIT FROM THE MATRIX, Jon was a candidate for a US Congressional seat in the 29th District of California. Nominated for a Pulitzer Prize, he has worked as an investigative reporter for 30 years, writing articles on politics, medicine, and health for CBS Healthwatch, LA Weekly, Spin Magazine, Stern, and other newspapers and magazines in the US and Europe. Jon has delivered lectures and seminars on global politics, health, logic, and creative power to audiences around the world. You can sign up for his free emails at www.nomorefakenews.com